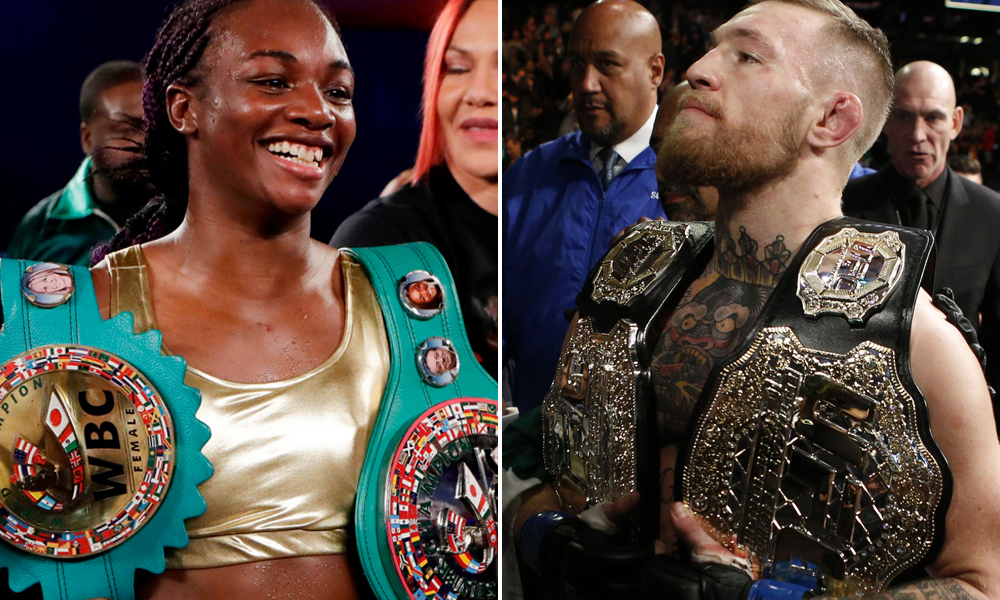 Undisputed boxing champion Claressa Shields has thanked Conor McGregor for his support ahead of her fight against Marie Eve Dicaire.

Shields will fight Dicaire on March 5 at the Dort Federal Event Center in Flint, Michigan. The WBC, WBA, IBF and WBO super welterweight title will be on the line for this fight. 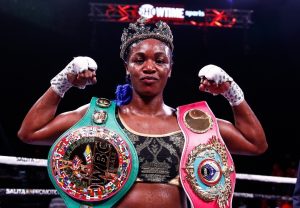 She signed with PFL MMA earlier this year and will be making her MMA debut soon. Here’s what Conor McGregor said to Claressa Shields.

“Teach her balancing on the single leg first,” McGregor wrote on Instagram after Shields shared some of her training footage. “Warm up / warm down for EVERY session – Pick the single leg and move her around. Elevate the leg high. Push her back with it. Lower it forward etc., etc. Get her real cozy hopping on that single leg! Improve her hamstring flexibility as well as balancing ability. Crucial going forward!

“Have her play with her punching while bouncing on the single also,” McGregor continued, offering more advice for Shields. “Finding the target of the temple of the person moving her leg around! Think coziness! Good luck Claressa! Excited to see you progress!”

In an interview with Betway insider, Claressa Shields said that she appreciated the advise coming from Conor McGregor and said that it felt sincere.

“I just feel when Conor reached out, I feel like in a way he actually cared and he was wishing me good luck and that’s what I appreciated most,” Claressa Shields said (via The Mac Life). “He didn’t have to give me any advice, he could have just seen it and kept on but instead he was like ‘I’m going to give out this advice’, and it was great; I took it, I use it and hopefully everything goes as it’s supposed to go.”

She further gave her thoughts on the UFC 257 main event, where McGregor lost via TKO to Dustin Poirier. Shields feels that the Irishmen can avenge his loss.

“Conor can avenge it but it’s going to take some hard work,” Claressa Shields said. “He’s been out of the MMA cage for a while, I know he had his last fight but before his last fight he’d probably been out two or three years. I would say he needs to get out of the boxing mind-frame to win that fight. He had his front foot too forward, too much weight on his leg, more like a boxer’s stance. It’s like he needs to get back to having light feet and [being] quick and explosive, using all his attributes, not just his punches; punches, kicks, knees, he needs to get back being creative.

“But I tell you what, it’s hard to do, it’s hard to cut off the boxing switch and cut on the MMA switch,” Shields added. “When you’re doing both it’s hard, you have to be very mentally strong and say ‘this is MMA, everything goes’ and then you have to click that button and go to boxing and say ‘this is boxing, there are rules’ so it’s hard and I can just imagine that after being out of the cage for so long that his mind was adjusting and still looking to land those big shots.

“He probably didn’t generate it in his mind, he needs to go his mind and click on the ‘everything’ switch and use every part of the body as a weapon,” Claressa Shields concluded. “I know he was boxing against Floyd but he needs to cut off the boxing switch and focus strictly on MMA for at least three or four months.”

Previous articleDustin Poirier says Conor McGregor trilogy will happen in June or July
Next articleMohammed Farhad : Fighter of the week