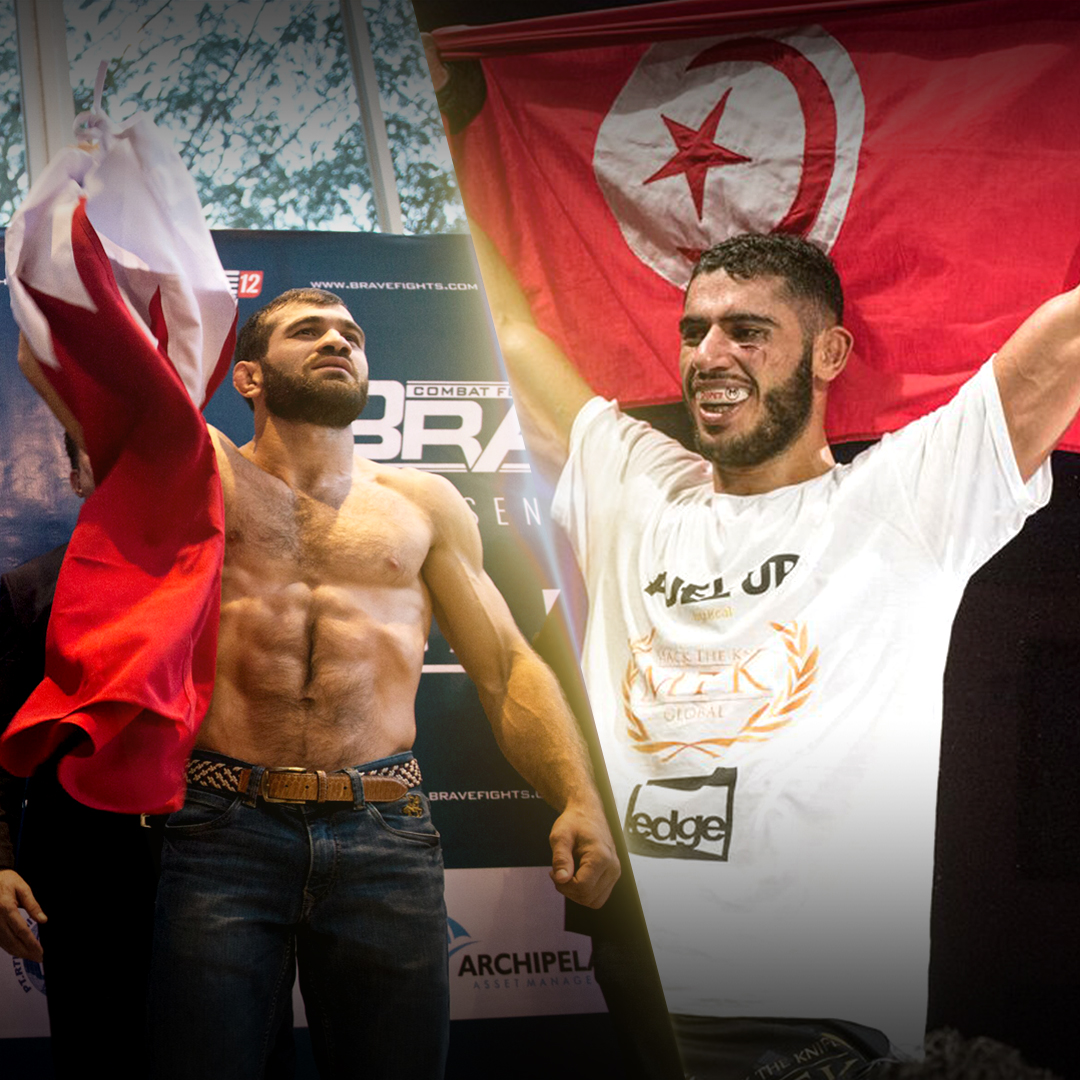 Brave Combat Federation will become the first global MMA promotion to crown a Super Lightweight champion when Eldar Eldarov and Mounir Lazzez meet in the co-main event of Brave 23, set for Amman, Jordan, on April 19th. Not only the fight is full of historical meaning, but it will settle one of the biggest rivalries in recent history.
Eldarov revealed last week that he has wanted to take on Lazzez for the past four years, to which the Tunisian striker responded by saying he was going to “ruin” his opponent’s night and even went on to claim Eldar wasn’t an elite fighter, just an elite wrestler. The duo went back and forth on social media to the delight of fans and media, who are anticipating a bitterly-contested title bout in Amman.
The fight itself will be a clash of styles. Eldarov is known for his top-level wrestling, whereas Lazzez has been recognized as one of the most accurate strikers in the world. The nickname “The Sniper” is a good indication of how precise Mounir is with his kicks, punches, elbows, and knees.

Not only that, but Lazzez also possesses good takedown defense and is a master in managing distance. He also has a never-say-die attitude, which was in full display during his Fight of the Year contender against Dimitrijs Homjakovs back at Brave 16.
In a bloody battle, Lazzez prevailed by being more aggressive than usual and using his heart as much as his mind to get the win in his Brave Combat Federation debut. The victory was key in him getting a title shot in the newly-formed division.
Eldar’s qualities are almost the opposite of Mounir. While “The Sniper” relies on his striking game, and uses wrestling only defensively, as a means to keep the fight standing, the KHK MMA representative is one of the best wrestlers in the sport.
With a smothering top control game, stamina and grinding style, Eldarov has been able to soar from prospect to title contender in the space of his three Brave Combat Federation appearances.
He has beaten Kevin Koldobsky, Henrique “Rasputin”, and Brian Hooi to move into world title contention. Eldar will look to close the distance and get the fight to the ground, where he can impose his will over Lazzez and even look for submissions with his world-class combat sambo skills.
However, the Bahraini contender has been focusing more and more of his training in sharpening his boxing skills, with his heavy hands already causing problems in previous bouts.
In a clash of styles, who will make history by becoming the first Super Lightweight world champion in MMA history? The accurate striker or the aggressive wrestler?