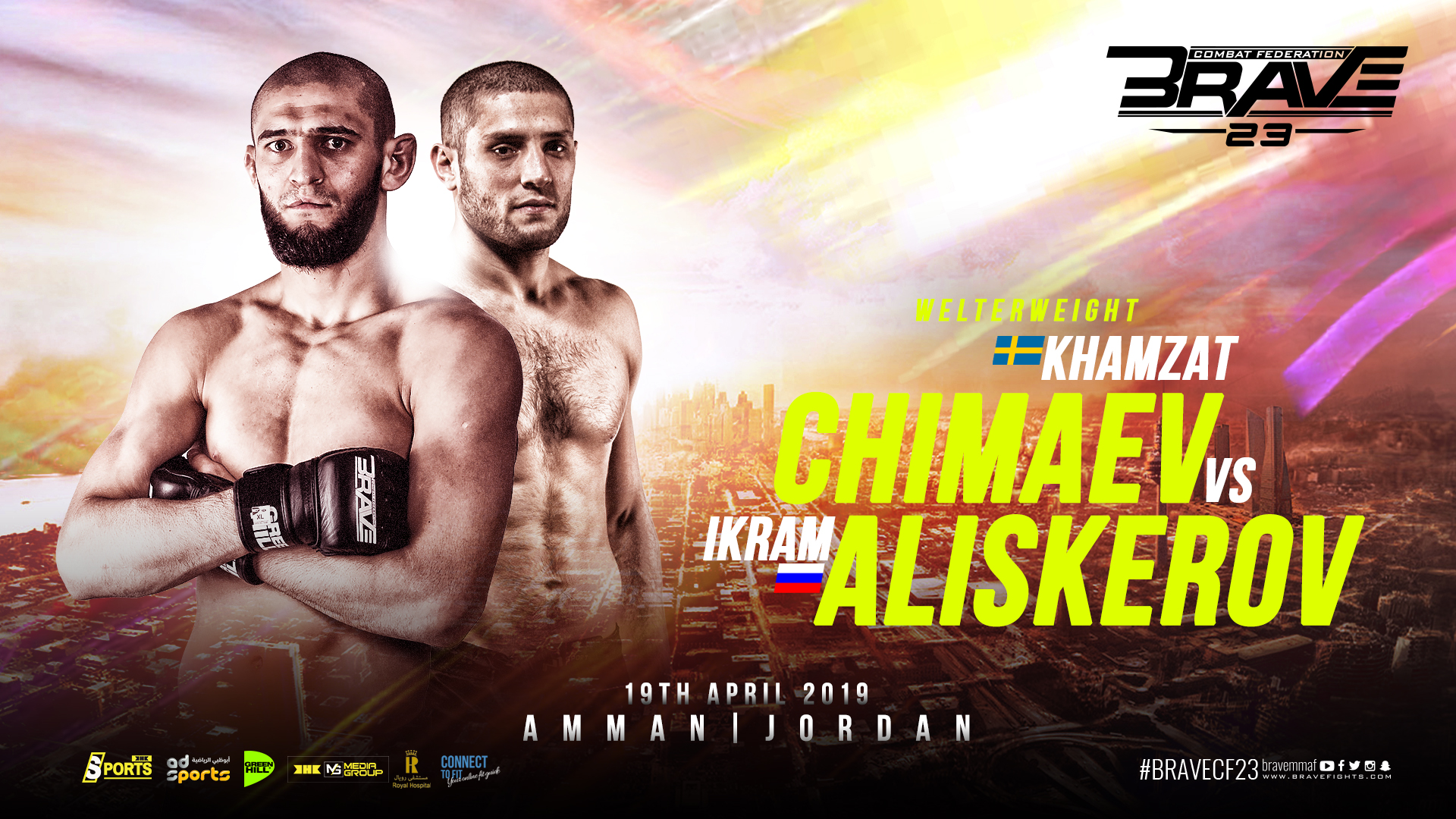 Undefeated Ikram Aliskerov has a new challenge scheduled in Brave Combat Federation. The Sambo World Champion will face another athlete with a perfect MMA record. Brave CF officials confirmed, this Thursday (14), that Aliskerov will meet Sweeden’s Khamzat Chimaev in a Welterweight bout (175 lbs) at Brave 23, on April 19th, in Amman, Jordan.

With eight wins in as many professional fights, Ikram Aliskerov counts with five of those wins under the Brave Combat Federation banner. In his latest performance, Aliskerov stopped Geraldo Luan Santana at Brave 21, last December, in Saudi Arabia.

Khamzat Chimaev won all of his four pro bouts and is 2-0 competing for Brave CF. Fighting out of Allstars Training Center, alongside the likes of Alexander Gustafsson, Ilir Latifi, and Reza Madadi, Chimaev beat USA’s Sidney Wheeler in the main event of Brave 20, India, which also took place last December.