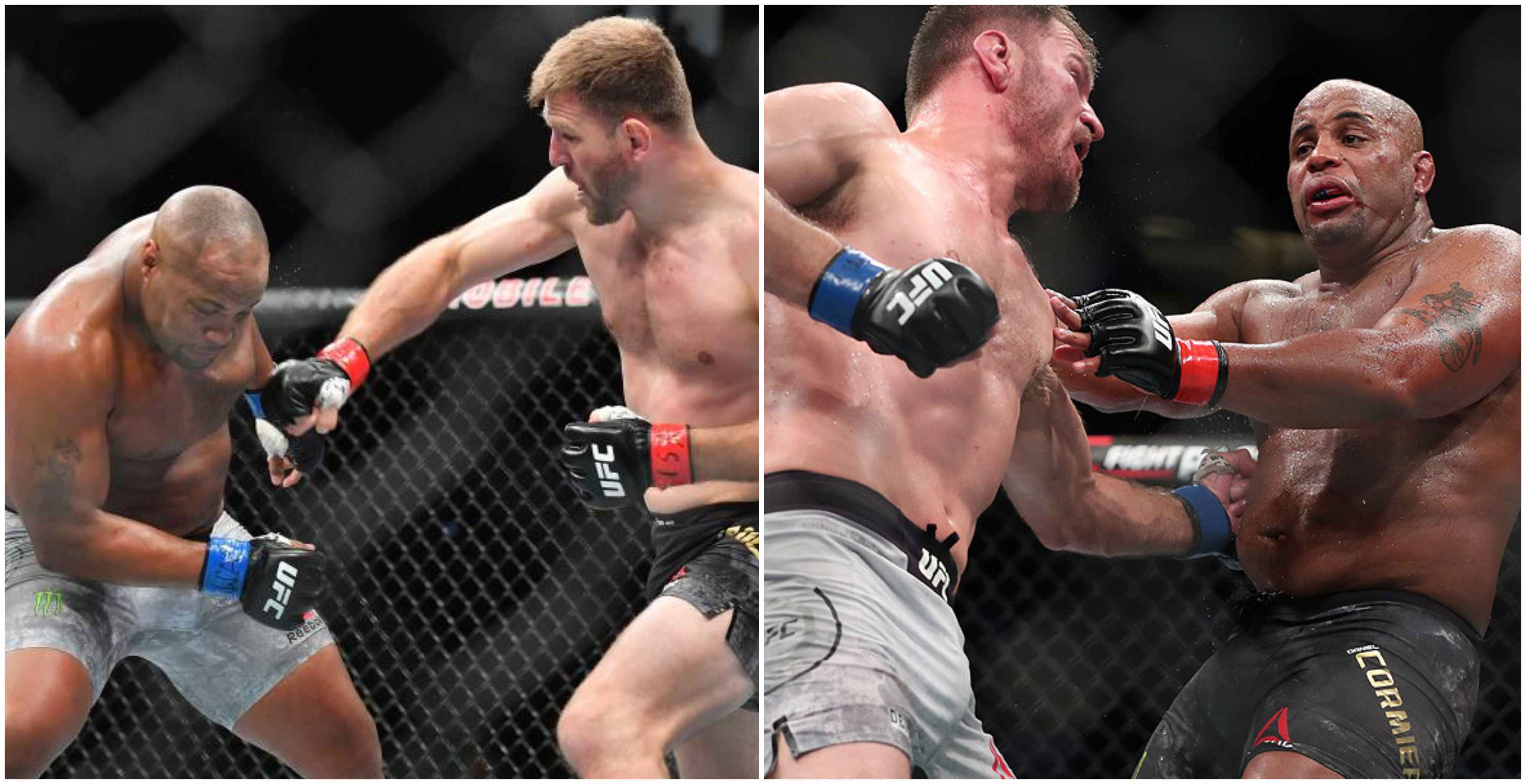 Last year at UFC 241, Stipe Miocic knocked out Daniel Cormier in a rematch to become the two-time UFC heavyweight champion of the world.

Daniel Cormier had previously knocked out Stipe Miocic in the first round at UFC 226 in July of 2018. He became one of the few fighters in the UFC to simultaneously hold titles in two divisions.

The first fight was pretty much one-sided, but the second fight between the pair was a highly entertaining fight. Cormier was dominating the fight early on and was winning on the judges’ scorecards, but Miocic made a comeback with a perfect game plan. 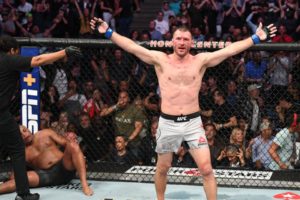 Miocic dug into Cormier’s body in the fourth round and later followed it up with hard right hand to the top which dropped Cormier and then he rushed with combinations until the referee had to step in and stop the fight. Now Cormier has given Stipe a massive credit for his performance last year.

“From my [point of view], honestly being in there, and credit to Miocic and his corners. You know, you watch the fight and you go to the corners and he’s confused. They are telling him to do things and he is saying I’m trying. Like he is confused as everybody else,” Daniel Cormier said on UFC’s best of 2019 show on Fight Pass. “But, he hit me with a number of right hands all fight. Whatever just a right hand that’s nothing. But, once they go to the body and go to the body and go to body, it allowed for him, even early in the fourth round, he’s hitting me in the body I’m still clubbing him in the head. He’s hitting me in the body and hitting me with one big body shot then I’m hitting him two, three times in the face and I’m like ah not a big deal.

“But, then one hits right, and it hits me right on the ribs. This one makes you go ahhh, then those right hands that have been landing all day that where hitting me right on the chin with no big deal, and then my hands are here [shows his hands protecting his body] and I always say, if you take two shots to the same side of your face, that is the one that gets you,” he continued. “Stipe went body, boom, and then it went bop bop, and I was like wow. Then he charged.

“It was such a great adjustment and look at the stakes. This kid had everything to lose. He got knocked out in the first fight and he watched me and Brock Lesnar… We treated him like an afterthought. He waited a year, stood firm in his belief that he deserved a rematch. If he would have lost again, he’s done. All the pressure that was going on to what he had to do to win that fight. I think in terms of cage in fight, I landed 70 percent of my strikes, but credit where credit is due, I thought he did a fantastic job,” Daniel Cormier said. (H/T – BJPenn.com)

Previous articleJoanna Jedrzejczyk feels her 5 round experience will be crucial in Weili Zhang title fight
Next articleCowboy on Conor fight at 170: What’s wrong if he wants to eat in the holidays?