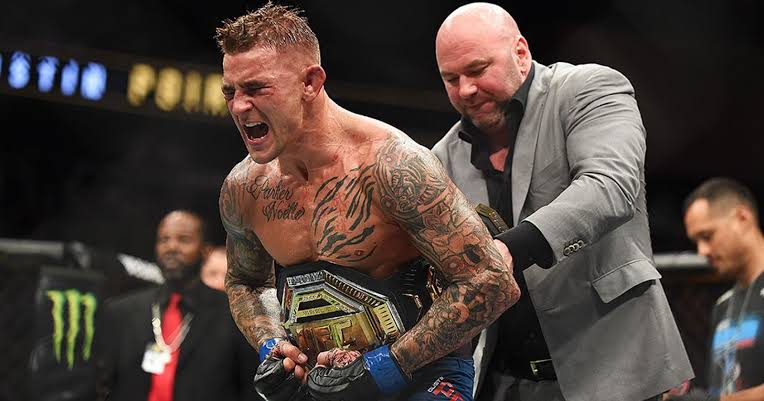 UFC 236 featured an absolute barn burner as surging lightweight Dustin ‘The Diamond’ Poirier added another champion to his resume as he defeated featherweight king Max Holloway via unanimous decision to become the interim lightweight champion.

Even though the interim belt was on the line, the fight certainly was no way short of a title fight. Both the fighters were extremely respectful during the build up of the fight and rightfully so, they were the same, even after the fight. 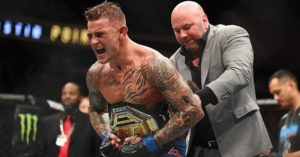 Backstage after the fight, Poirier was seen consoling Holloway’s son Rush who was in tears after his dad’s loss. Poirier revealed the fact that Holloway has donated his gloves to Poirier’s charitable cause. A heartfelt Poirier has nothing but appreciation for a classy Holloway. (via Twitter):

“I thought I knew him pretty well and I was wrong, because he’s even more of gentlemen and a champion than I thought he was.” – @DustinPoirier on Max Holloway donating his signed gloves to Dustin’s foundation. For more information check out @TheGoodFightFDN#TLTS @lthomasnews pic.twitter.com/ltETbvPuf9

Poirier has made a habit of donating off his fight kits to benefit charity. Poirier did the same on four previous occasions. After his last fight in July, Poirier auctioned his gloves, hand wraps, shirt, fight shorts, walkout pants, and walkout hoodie to raise almost $8000. Poirier donated 500 backpacks filled with school supplies for a whole year to the middle school he and his wife went to.

On previous occasions, Poirier donated to Second Harvest Food Bank. He then raised money for the fallen Lafayette Police Cpl. Michael Middlebrook and then for the Acadiana Outreach Center, which helps women and children fight homelessness and poverty.

Previous articleKevin Lee wants RDA to show up for their fight at 165 pounds to ‘make some noise’
Next articleYoel Romero sends a trademark message to Israel Adesanya: See you soon boi!