Cleiton “Predator” ready to hunt another victim at Brave 15 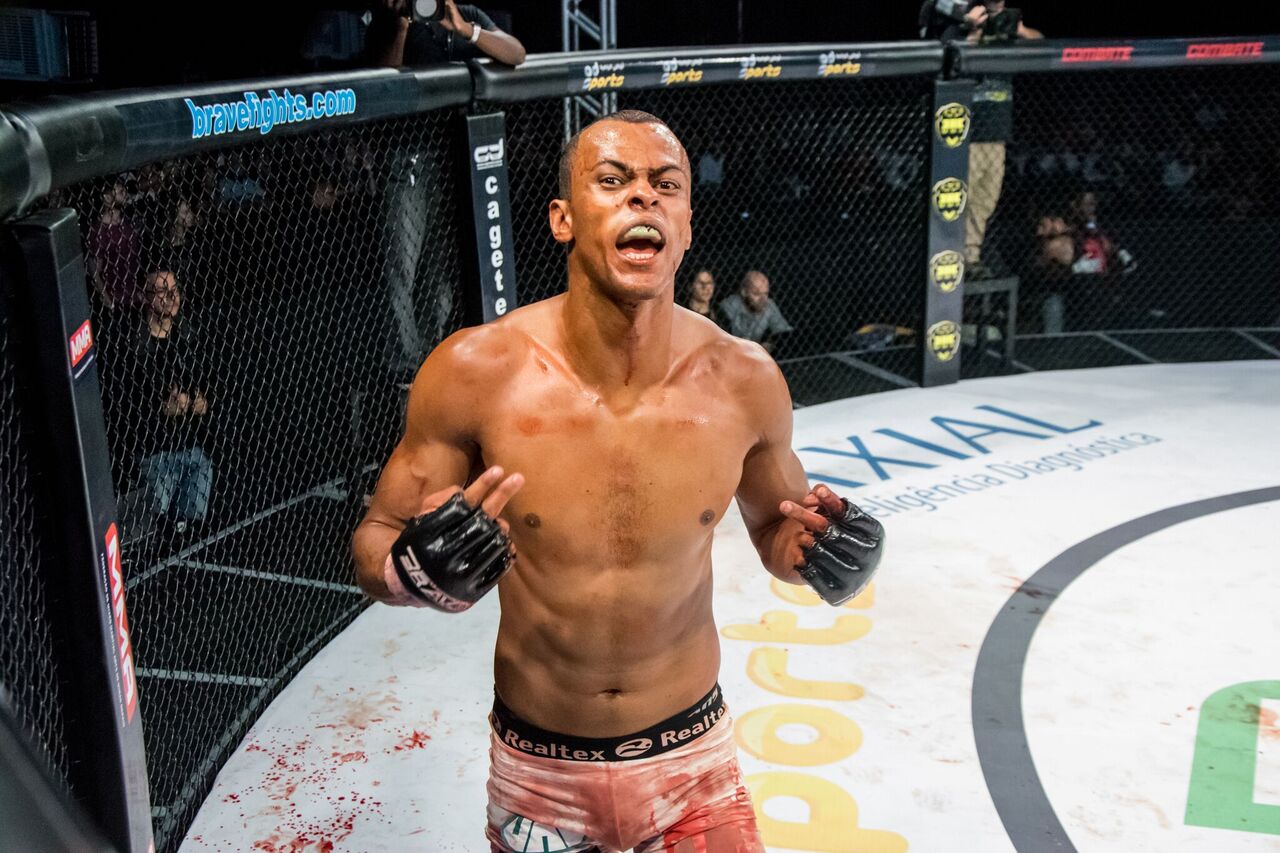 Lightweight Cleiton “Predator” Silva is scheduled to take on Marcelo Bustos at next Friday’s Brave 15, set for the Coliseo Bicentenario, in Bucaramanga, Colombia. The brazilian was one of the stars of Brave 11 as he swept aside a tough Ahmed Amir in his promotional debut, and guarantees Bustos will join his growing list of victims at Brave 15.
The stand-up specialist, who’s 13-2 in his MMA career, believes the change of opponent (Bustos stepped in for an injured Pedro Colman) will have little effect in the outcome of his second Brave outing.
“I don’t see anything different from Colman to Bustos. I know it’s going to be better to punch an argentinian in the face, because of our rivalry. Actually, Brazil always rules over Argentina in sports, and at Brave 15 history will repeat itself. Can’t wait to hunt another victim and knock someone out again”, says Silva.
One of several lightweight stars for Brave, Cleiton also promised to be a champion soon but admits he needs to improve in order to compete at the highest level.
“Brave is a huge event, one of the biggest MMA organizations in the world. I know I have to keep improving to be able to fight at Brave and face these monsters at lightweight. But I know I can be champion and I know I will be a champion one day. The Brave cage will become my home away from home and everybody will be swept aside by The Predator”, promises the brazilian.
Brave 15 marks the first time the biggest MMA promotion in the Middle East heads to Colombia. The main event will feature a lightweight bout between former UFC fighters Godofredo Pepey and Alex Torres. Also set for fight night in Bucaramanga is a featherweight contest, with prospects Gabriel “Fly” and Fernando Noriega facing each other in a Brazil x Peru duel.