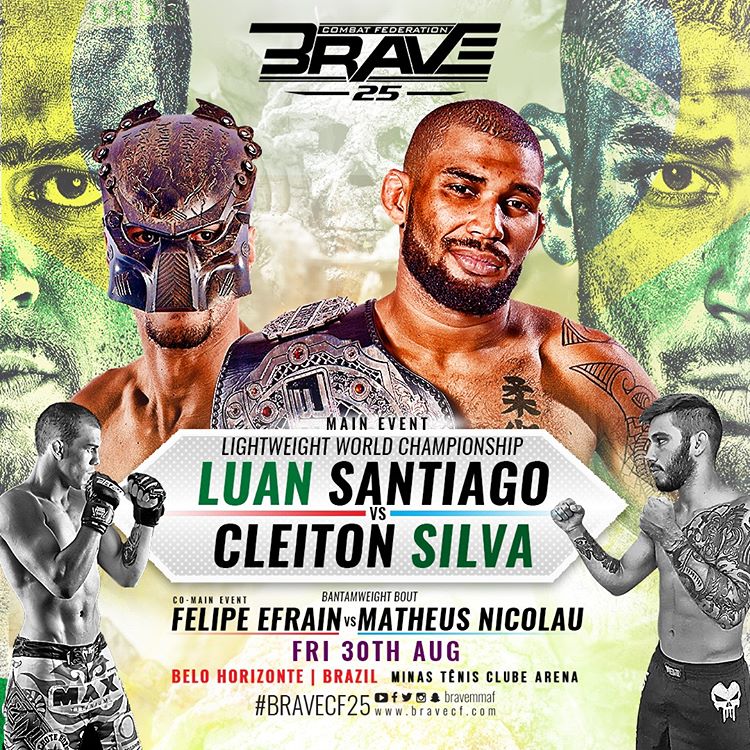 BRAVE CF title challenger Cleiton “Predator” Silva was irritated with the latest round of thrash talk with defending titleholder Luan “Miau” Santiago. They are set to face each other at the main event of BRAVE 25, scheduled to take place on August 30th, in the fastest-growing MMA promotion’s much-anticipated return to its second home of Brazil.
Luan has previously said he was surprised to see Cleiton as his first title challenger, as he felt his fellow Brazilian didn’t have what it takes to be a champion, and even went as far as saying that it was going to put on a violent beatdown on the contender. “Predator” has responded by claiming the champ is a “runner” and threatened Luan by saying he was out to hurt him. 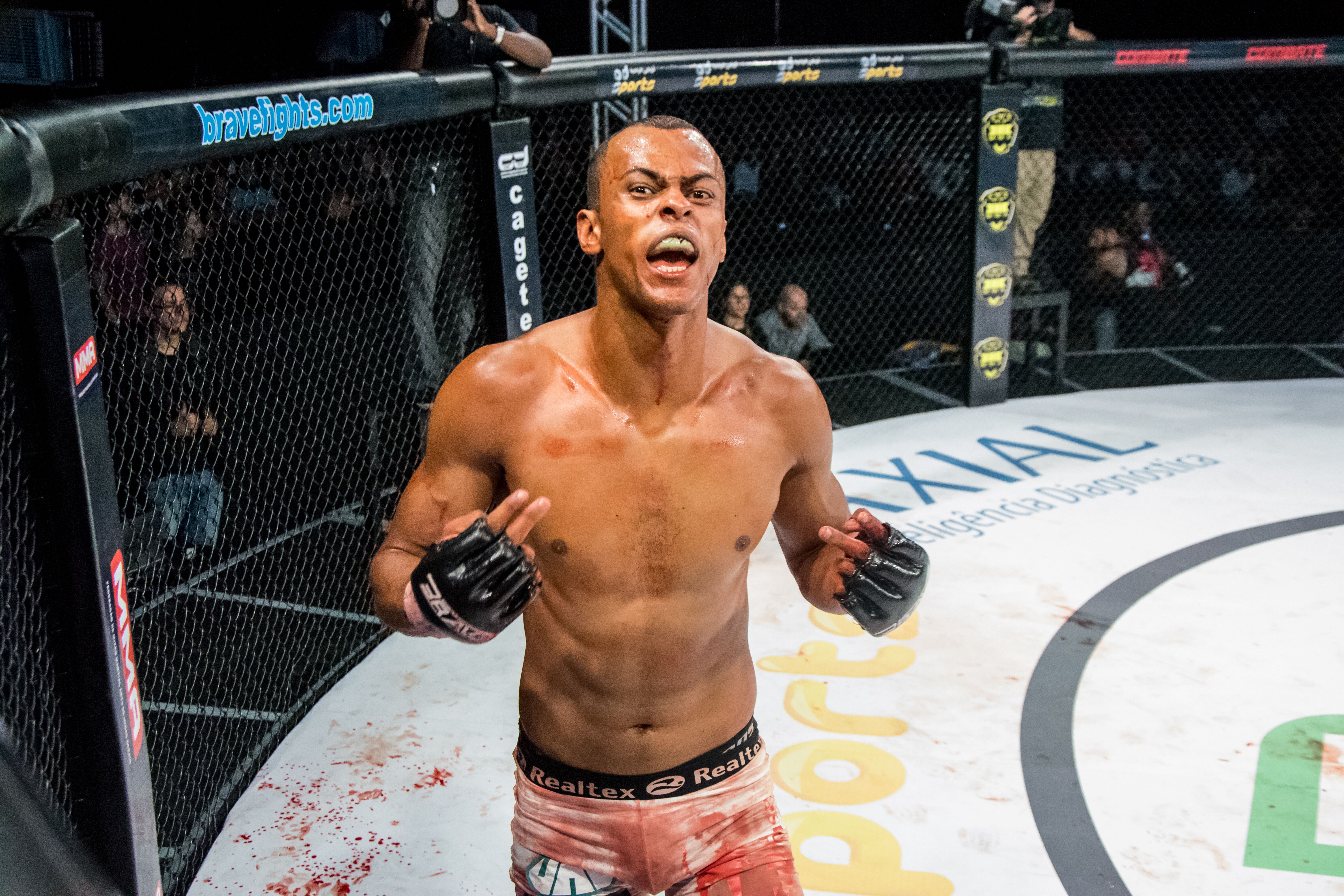 “It’s going to be a tough fight, we all know that. I hope he’s well-prepared because I’m in the shape of my life. I want to put on a show for the crowd. He has been talking a lot of s*** on social media and everything. But even a parrot can talk. Let’s see if “Miau” will do what he says. I just hope he doesn’t go in there and starts running like he often does. Let’s get in the middle of that cage and throw bombs at each other, brother! Don’t run! I want to hurt you and I want to hurt you badly”, said an irritated Cleiton.
“Predator” has also talked about the preparation behind his first world title fight, but claims the tactics and strategies created by his coaches could very well go out the window when he lands the “first bomb” on the champion.
“Training is like war at Full House, my gym. The tactics are done, and they’re very good. But that can all change when I connect for the first time. He will feel the weight of my hands, and he’s going to regret saying some of the things he’s been saying. It’s hunting season for The Predator and “Miau” is my prey”, the challenger commented.
BRAVE 25 will be the most explosive event of the year in Brazil, as some of the finest athletes from the country meet inside the BRAVE CF Arena and throw down against a few of the best international fighters in the promotion’s roster, including the debut of Matheus Nicolau and the returns of Felipe Efrain, Mehdi Baghdad, Bruno Assis, Djamil Chan, Leonardo “Macarrão”, and others.