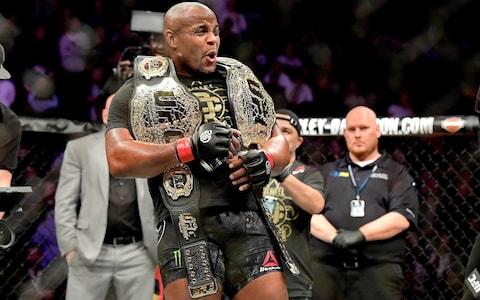 However in 2018, Cormier established his case by pushing it a notch higher as he became only the fifth fighter to hold belts in two different weight classes and only the second fighter to hold them simultaneously. However that’s not all. Cormier then took on Derrick Lewis and to top off his dream year, Cormier defeated Lewis to become the only double champ to successfully defend both the titles.

That being said, every great thing comes to an end. Cormier, 39, always had a timeline set for his retirement, which was when would turn 40. However, that happens to be on March 20, 2019. With even bigger things awaiting Cormier, head coach Javier Mendes believes Cormier has much to offer. Speaking with MMA Fighting, Mendes addressed the issue.

“If Dana had his way, there’d be three left. And you know what, Dana has a pretty good way of persuading people,” Mendez told MMA Fighting. “I like Dana, so I don’t know — we may see two or three [more fights]. I don’t know, I think so. I think Dana has a way of making things good for DC and making it right, so yeah, possibly. I wouldn’t be surprised.”