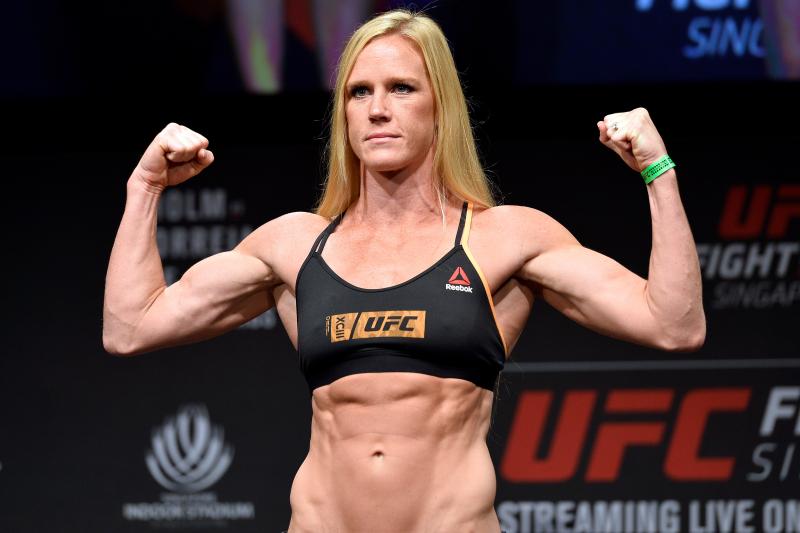 The former UFC women’s bantamweight champion Holly Holm is all set to finally making a return to fighting. Holm is apparently looking to make a comeback next year in early 2020.

Holm last fought and lost via a rather quick and brutal knockout to the current champion Amanda Nunes back in July at UFC 239. 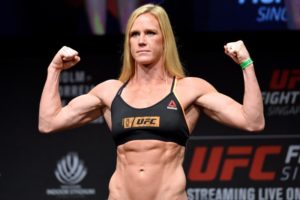 Holm’s coach Mike Winkeljohn revealed to BJ Penn.com that Holm had ripped off some of her tendon muscles while working out. Thus, she needed a ling break to properly heal from her injuries. He also revealed that she is looking to make her return against surging contender Aspen Ladd. Here’s what he had to say:

Early next year. She ripped a lot of muscle of her tendon working out one day and it is one of those injuries that you need to let heal. We will be seeing her soon. Aspen Ladd would be great, we would love that fight. Especially after what she said when Holm got the title fight and that fight never happened. So, Holly would love to get into the cage with that young lady. I don’t know, Raquel Pennington is still there. She moved up to the heavier weight class before for two world titles, and that is what Holly does. People don’t understand, she only had a handful of fights before she fought for world titles in the UFC then moved up out of her weight class to fight for titles. I’m sick and tired of hearing, ‘oh she has some losses’, but who else in the UFC has done that? She has stepped up and fought anyone at whatever weight.

Previous articleConor McGregor compliments ‘astounding’ fan art on his upcoming fight with Cowboy Cerrone
Next articleUFC: See the ridiculous win streaks that Khabib Nurmagomedov and Tony Ferguson have been on ahead of their clash