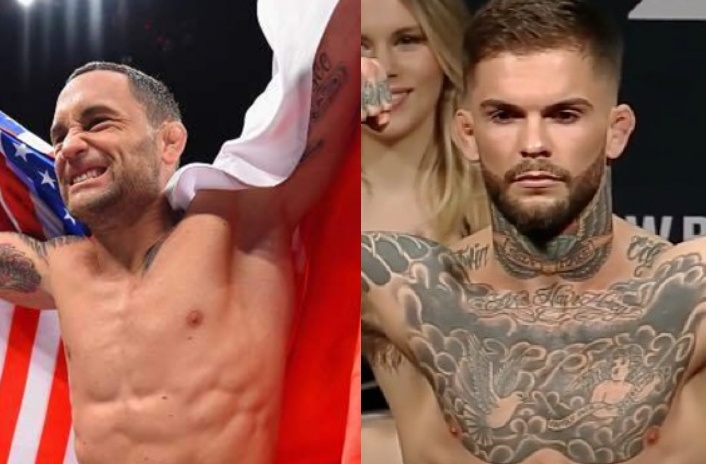 Former UFC Lightweight Champion Frankie Edgar was set to face the Featherweight Champion Max Holloway at UFC 222 but Holloway pulled out from the fight due to a leg injury.

Since then, Edgar has indicated his willingness to take on a fight against anyone and in any weight class at UFC 222. 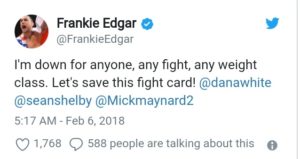 Former UFC Bantamweight Champion Cody Garbrandt, who was initially lobbying for a fight against TJ Dillashaw, then stepped up and answered Frankie Edgar on Twitter, claiming that he’s down for a scrap.

Since Frankie Edgar is a small Featherweight anyway, he could conceivably make the 135-pound limit should the UFC see fit to book this fight.