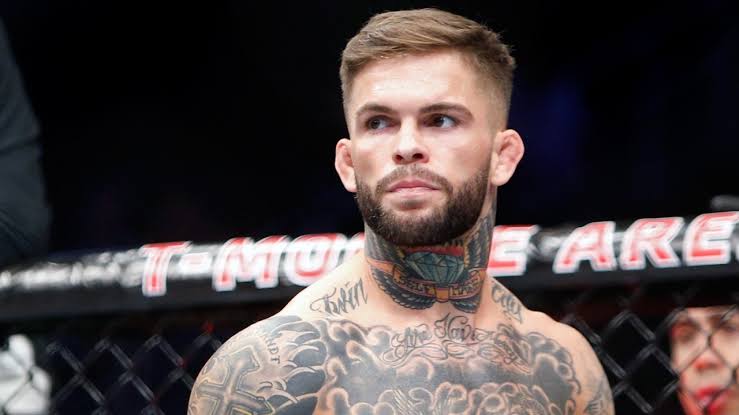 UFC 255 will feature an absolute barn burner as former bantamweight champ Cody Garbrandt will move down to take on flyweight champ Deiveson Figueiredo for the ‘double champ’ status on November 21.

However, that does not have the former champ to take the eye of his earlier weight class. UFC President Dana White hinted that surging contender Aljamain Sterling will probably be the next in line to take on dangerous champ Petr Yan.

‘No Love’, however, wasted no time in weighing on the situation. He took to social media mock Sterling. 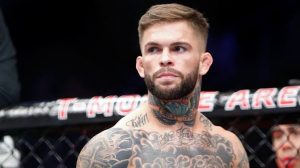 Sterling broke the ice on the fact that he is probably the next in line to fight for the title.

About time!! I’m coming for you soon my Russian friend,” he wrote, targeting Yan.

Garbrandt wasn’t holding back at reacting to the situation. (via BJPENN.com):

Good so we can stop seeing him beg for it… that shit was blowing up my time line 😂😂💀 https://t.co/CPyaXrfZ4h

“Good so we can stop seeing him beg for it”, he wrote. “That shit was blowing up my timeline.”

The UFC bantamweight division has been the most stacked than it has ever been and Sterling has always potentially been the front runner to fight for the belt.

One could expect a title shot after a five-fight winning streak over top level competition in the UFC. However unfortunately that wasn’t the case for ‘The Funkmaster’ as he always struggled to establish his case.

Garbrandt on the other hand, would like to add the ‘champ champ’ status on his resume as he plans to join the elite club of fighters winning belts in two weight classes.

He snapped his three-fight losing streak with a brutal second-round knockout of perennial contender Raphael Assuncao at UFC 250 in June. Many believe that performance alone shouldn’t grant the former bantamweight champ the title shot.

However, the MMA community understands the fact that Garbrandt is a ‘needle mover’ and that him fighting for the title is better for the business.

Former UFC welterweight and middleweight champion Georges St-Pierre has given his thoughts on the recent ongoing GOAT conversation in the UFC. The recent tweetstorm by...
Read more
Articles

Sports streaming giant DAZN has finally made its global ambitions public. Fans from 200 countries will now be able to use its services. DAZN will...
Read more
Articles

Former UFC interim lightweight champion Tony Ferguson has shown his support behind Jon Jones being the 'GOAT' of the sport rather than Khabib Nurmagomedov. UFC...
Read more
- Advertisement -