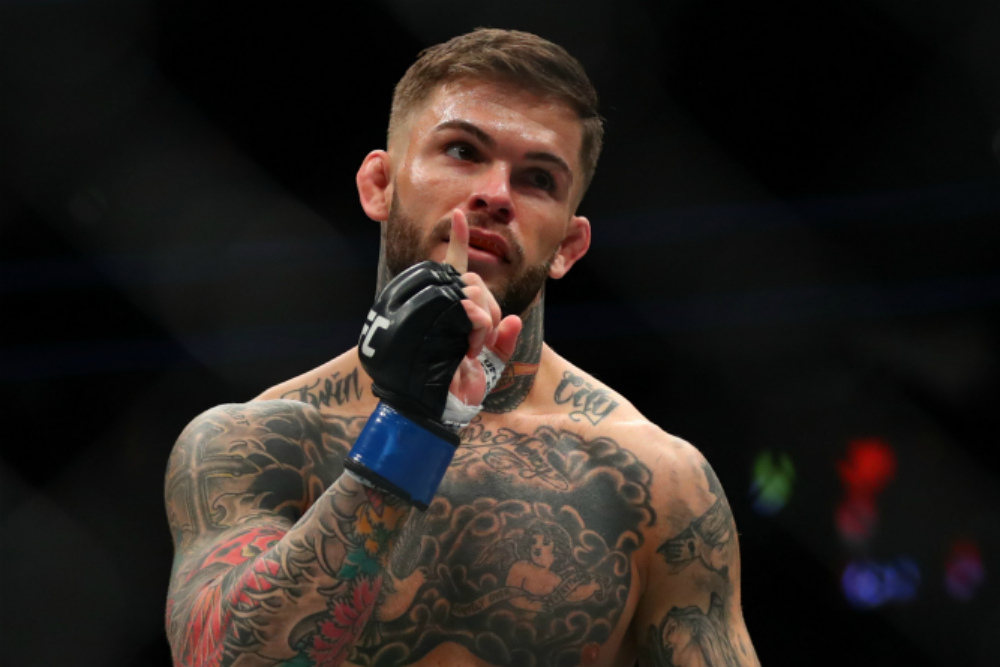 Former UFC bantamweight champion Cody Garbrandt will return to the Octagon after a long layoff of nearly eight months. Last time he fought was for the UFC bantamweight title against TJ Dillashaw at UFC 227 in the Staples Center, Los Angeles. He got knocked out in the very first round by Dillashaw. This fight was a rematch, and Cody was knocked out in both the fights. 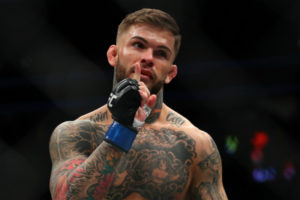 But now he is back against Pedro Munhoz at UFC 235 and will be looking forward to breaking his two-fight losing skid. The news was first broken by Brett Okamoto of ESPN.

Later this was verified by Cody Garbrandt on Twitter. He wrote, “Time to get it !!”

Meanwhile, Pedro Munhoz (17-3, 1 NC, 7-2, 1 NC UFC) has won two in a row since a split decision loss to John Dodson in March. His most recent win came via TKO over Bryan Caraway in November.

UFC 235 takes place March 2 at T-Mobile Arena in Las Vegas. The main card airs on pay-per-view following prelims on ESPN and ESPN+. The main event will be headlined by a light heavyweight title fight between Jon Jones and Anthony Smith with a welterweight title bout between Tyron Woodley and Kamaru Usman serving as the C0-main event.

Previous articleUFC 235 gets another title fight; Tyron Woodley will defend his Welterweight Title against Kamaru Usman
Next articleConor McGregor tweets out that he wants to fight Tenshin Nasukawa in a MMA bout in Japan – and signs off as the ‘champ champ’