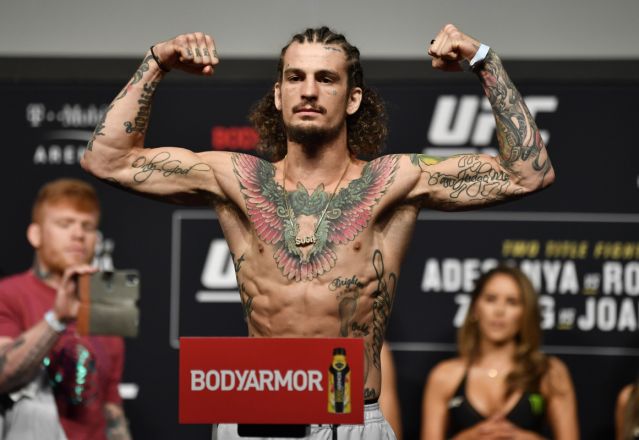 The UFC bantamweight division has been the most stacked than it has ever been and undefeated contender Sean O’Malley wants to potentially fight for the title in near future.

However also looking to establish his case his former bantamweight champ Cody ‘No Love’ Garbrandt. made his much-anticipated return at UFC 250 with a potential ‘Knockout of the year’ against veteran Raphael Assuncao couple of months ago. 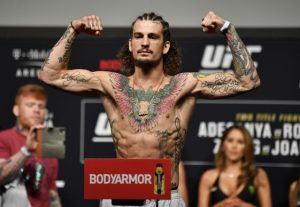 O’Malley believes a win over a former champ in Garbrandt would pave the way for him towards a title shot. Garbrandt on the other hand wants to add a ‘champ champ’ tag on his resume as he looks to drop down to flyweight.

That did not go well with O’Malley as he accused Garbrandt of running away from the weight class. The comment didn’t go well with Garbrandt and further led to some exchange of words between the two. (via BJPENN.com):

Don’t worry kid I’ll be running both divisions by 2021 hopefully by that time you’ll fight someone in the top 15…. https://t.co/SBD9f4WoKv

“Don’t worry kid I’ll be running both divisions by 2021 hopefully by that time you’ll fight someone in the top 15….”

‘Sugar’ replied back saying that he hopes Garbrandt does not get knocked out at ‘strawweight’ (flyweight), because it would discredit him when he knocks Cody out. The statement obviously takes a jab on Garbrandt’s chin. (via Twitter):

I hope you don’t get knocked out at strawweight because it won’t look as good when I knock you out. Good luck. https://t.co/5qdLq6L0oH

“I hope you don’t get knocked out at strawweight because it won’t look as good when I knock you out. Good luck.” 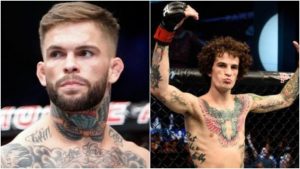 Garbrandt addressing his move down to flyweight!

Garbrandt addressed the issue speaking in an interview with MMA Junkie a month ago.

O’Malley the future of bantamweight division?

The undefeated prospect O’Malley (12-0 MMA, 4-0 UFC) is on his way towards a title shot in near future.

The most impressive of his wins came in his previous fight against a trial and tested former title challenger Eddie Wineland. O’Malley landed a beautiful uppercut fake to an overhand right to knock Wineland out in the first round at UFC 250.

He is currently slated to take on veteran Marlon Vera at UFC 252 on August 15.