Cody Garbrandt: T.J. Dillashaw wouldn’t be half the fighter he was without EPO 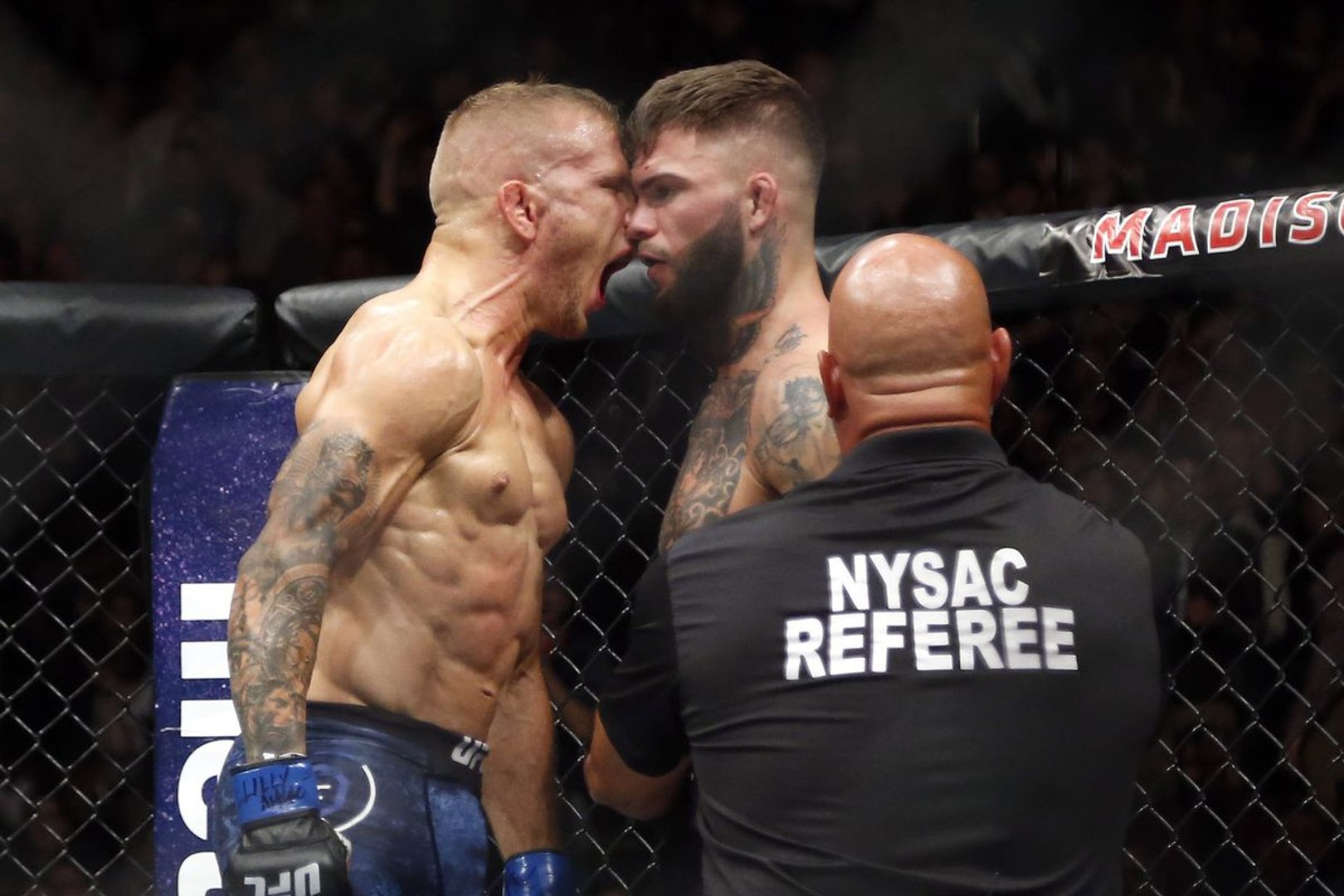 Earlier this year, TJ Dillashaw was suspended for 2-years by USADA (United States Anti-Doping Agency) for using recombinant human erythropoietin (rHuEPO) in his preparation for his fight against Henry Cejudo at the Barclays Center in Brooklyn.

Dillashaw was moving down to flyweight division to fight a much smaller fighter in Henry Cejudo and despite having all the advantages, he lost the fight via knockout in just 32-seconds. 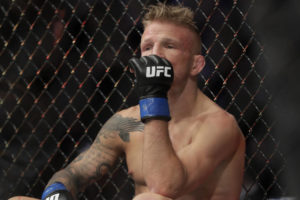 Dillashaw had also said that he has only used EPO on just one occasion, but his division rival Cody Garbrandt alleges in a recent Instagram story that Dillashaw has been using EPO for years. 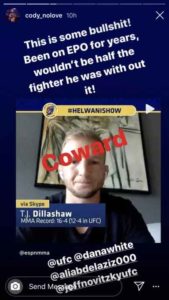 Dillashaw has fought Cody Garbrandt twice at UFC 217 and UFC 227 and he knocked Cody out both the times.

Dillashaw appeared on Ariel Helwani’s MMA Show on Monday where he said that he sold his soul to the devil.

“I took an anaemia medication called Procrit, which the main ingredient in it was Erythropoietin (EPO). It helps rebuild blood cells,” he said (via MMA Mania). “When you become anaemic, your red blood cells start to plummet and you lose energy. I was on a super strict 1600-calorie day diet and working too hard. I pushed my body to extreme limits,”

“No excuses. I made the mistake of wanting to do something that hadn’t been done. I sold my soul to the devil and now I got to build myself back up and deal with it.”

Do you guys agree with Cody Garbrandt?

Previous articleFormer UFC women’s bantamweight Cindy Dandois brutally beaten by ex-boyfriend
Next articleCanelo Alvarez on Jorge Masvidal call out: It’s about ‘money … and nothing else’