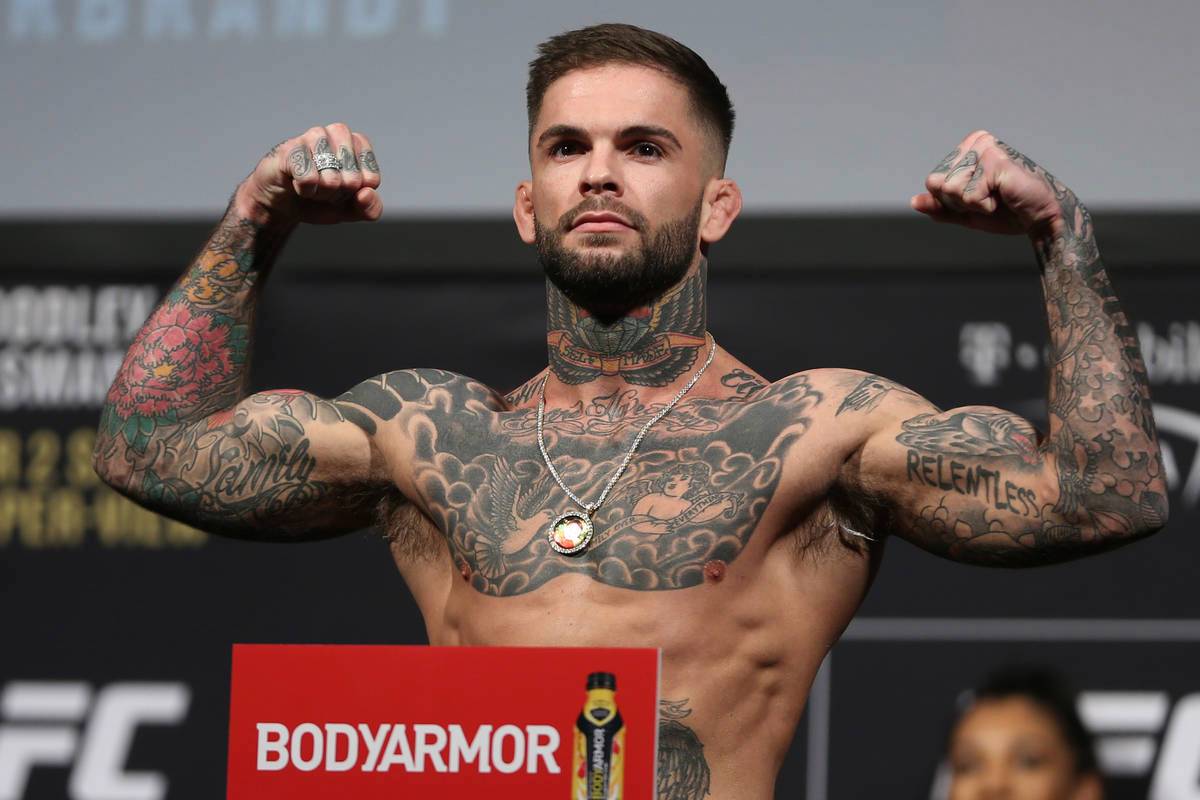 Former UFC bantamweight champion Cody Garbrandt has tested positive for COVID-19 ahead of his Flyweight title match against Deiveson Figueiredo.

AG Fight first reported that Cody Garbrandt tested positive for the COVID-19. The former UFC bantamweight champion reportedly tested positive earlier in the week for COVID-19 and he is currently in isolation as he waits for the results of his latest test. In the report, Garbrandt is said to have suffered only mild symptoms including a headache.

‘No Love’ is following protocol and has isolated himself pending a negative test. Sparring will be off the cards for a while, even if Garbrandt is asymptomatic, and it is unclear whether he is continuing to train individually.

Cody Garbarndt is set to fight for the flyweight championship against the current champion Deiveson Figueiredo at UFC 255 in November. Luckily for the Team Alpha Male fighter, his flyweight debut against Figueiredo is still scheduled to go as planned in the main event of UFC 255.

The fight will mark Garbrandt’s first fight at 125lbs in the Octagon, and is set to headline the UFC’s PPV November event. The co-main event sees UFC women’s flyweight champion Valentina Shevchenko take on Jennifer Maia.

Cody Garbrandt will debut at Flyweight for UFC 255

Cody Garbrandt after knocking out Raphael Assuncao in devastating fashion at UFC 250 in June, told UFC president Dana White that he wanted to move down in weight and fight for a second world title. Even the current flyweight champion Deiveson Figueiredo tested positive two months ahead of his Fight Island clash against Joseph Benavidez.

He recovered, made weight, and stunned the world with an opening-round blitz to claim the belts. If Garbrandt couldn’t recover in the meantime before his fight at UFC 255 then UFC might postpone the event or may book some other flyweight contender to face the champion, Deiveson Figueiredo.

Garbrandt is 12-3 in his MMA career and recently picked up one of the most important wins of his career back in June, a highlight reel KO over Raphael Assuncao that is a contender for 2020 Knockout of the Year. “No Love” lost three consecutive fights all by knockout before his recent win against Munoz and 2 consecutive losses against the former champ TJ Dillashaw.

The champ Figueiredo who is 19-1 in his MMA career won the UFC flyweight title after a one-sided submission win over Joseph Benavidez in July. The Brazilian finished Benavidez back in February in their first fight, but because Figueiredo missed weight he was ineligible to win the belt so they were scheduled to fight again soon after the former flyweight and bantamweight king Henry Cejudo retired.

Cody Garbrandt now has to recover and get back to his fight training for his flyweight debut as well as his shot at the flyweight title.