UFC: Cody Stamann to take on Brian Kelleher at UFC 250 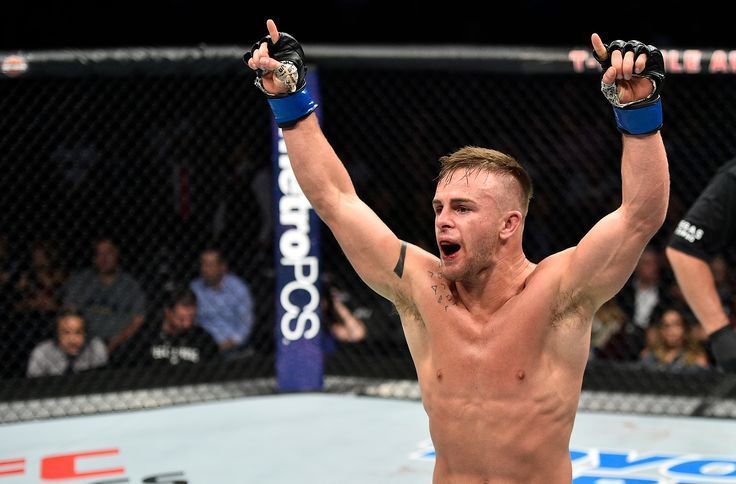 A bantamweight slugfest is headed to UFC 250 as #12 ranked Cody Stamann will take on Brian ‘Boom’ Kelleher on June 6.

Stamann (18-2-1 MMA) has been impressive so far in his UFC tenure by winning four of his last six fights. He previously fought highly hyped contender Song Yadong to a draw. However many believe he had done enough to walk with a win. His only loss came against veteran Aljamain Sterling via a rare kneebar. Stamann was scheduled to face Raoni Barcelos on March but the event was cancelled. He was then set to fight on June 6 against an unknown opponent who pulled out due to injury. 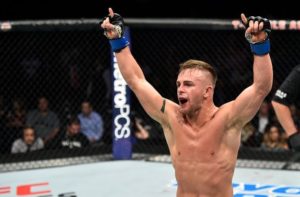 Kelleher on the other hand has looked really good lately. The ‘Boom’ will have a quick turnaround as he’s fresh of a second round KO win just two weeks ago. The bout serves as ‘high risk, high reward’ for Kelleher as he steps in on short notice against a ranked contender. However a win would solidify his place in the rankings. Kelleher is coming of two impressive finishes over previously undefeated contender series prospects.

Kelleher (21-10 MMA) first took on Ode Osbourne at UFC 246 back in January. He won the fight via first round submission. He then secured a second round knockout over Hunter Azure. He is 5-3 in his UFC career with notable wins over Iuri Alcantara and Renan Barao. He has earned four bonuses in his eight UFC fights.

Stamann vs. Kelleher added to the bantamweight paradise at UFC 250!

The UFC bantamweight division has been the most stacked than it has ever been. The retirement of champ Henry Cejudo has added an interesting dynamic to it. THe focus would be on this weight class at UFC 250. The card will feature four bantamweight fights of ranked fighters including the above mentioned fight. A virtual title eliminator against top five Aljamain Sterling and Cory Sandhagen. Former bantamweight champ Cody Garbrandt will make his return against Raphael Assuncao. Upcoming prospect Sean O’Malley will take on former title challenger Eddie Wineland.

The card will be headlined by double champ Amanda Nunes defending her featherweight belt against Felicia Spencer. The card is expected to take place at UFC APEX in Las Vegas.