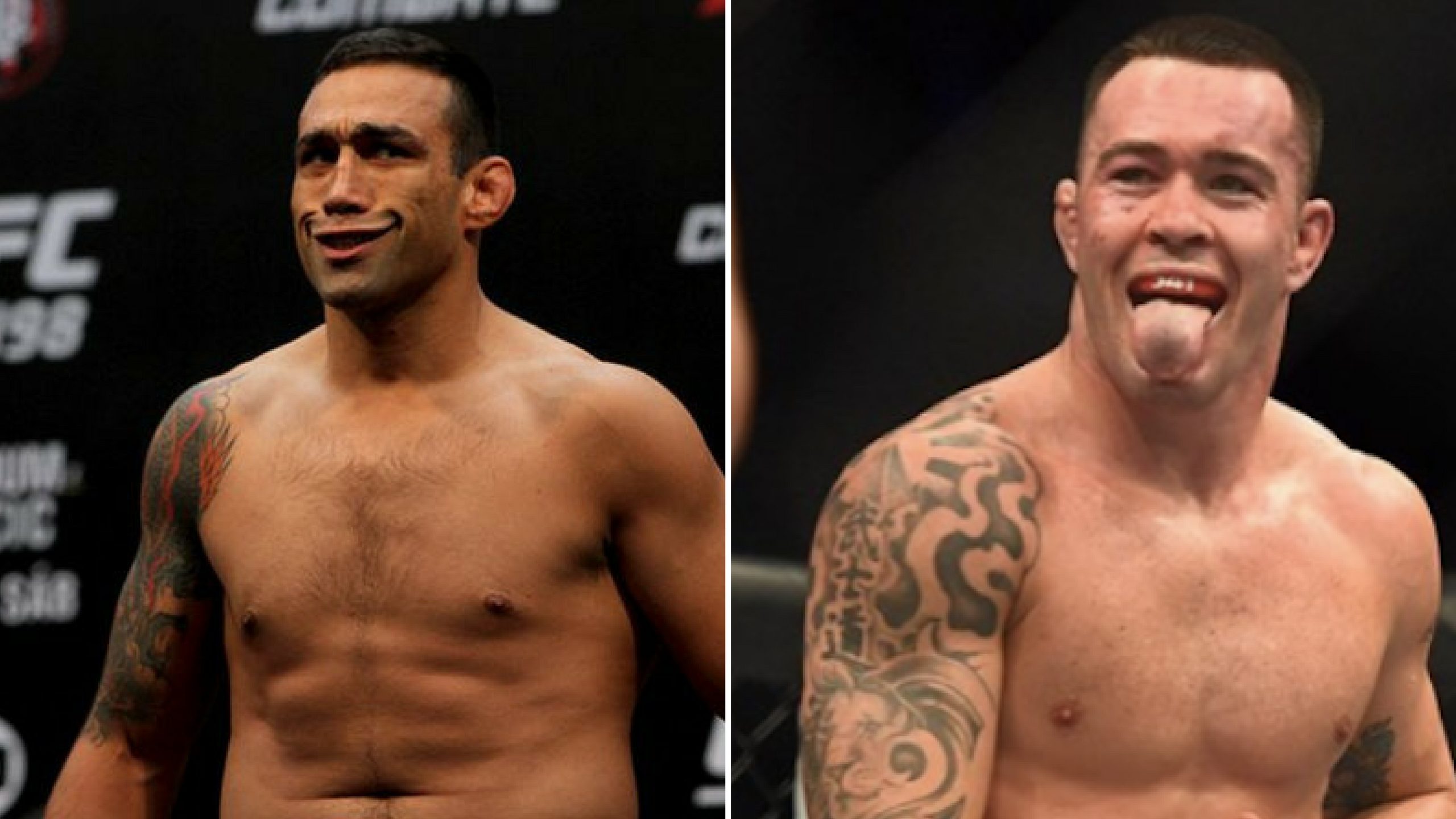 Strange enough that the Werdum who headlines UFC Sydney this weekend threw a boomerang in a plastic bag at Colby ,who continued to use homophobic slurs at him and even after everything that’s happened, is still dissing Brazil and it’s people…and now news has come out that the New South Wales police have charged Werdum with common assault in Australia.

Colby famously called Brazil a ‘dump’ and the Brazilians ‘filthy animals’ after his win over Demian Maia. Personally we don’t feel he actually feels that way (but what do we know) but this was a whole ‘strategy’ of getting eyeballs and print and social media space and it seems to be working big time. He has Fabricio throwing boomerangs at him and Jon Jones tweeting about him and all the MMA sites (including us) talking about his incident…so let us tell you something…his next fight is going to be huge because of all the brouhaha he’s created around himself.

The whole incident was captured on camera which we reproduce below.

Previous articleIMMAF World Championships 2017 round up: A bright future ahead for the Indian athletes, but a sense of disappointment lingers
Next articleFriday Fighter of the week : Shiva Raj