Watch: Colby Covington gets a call from President Donald Trump during an interview 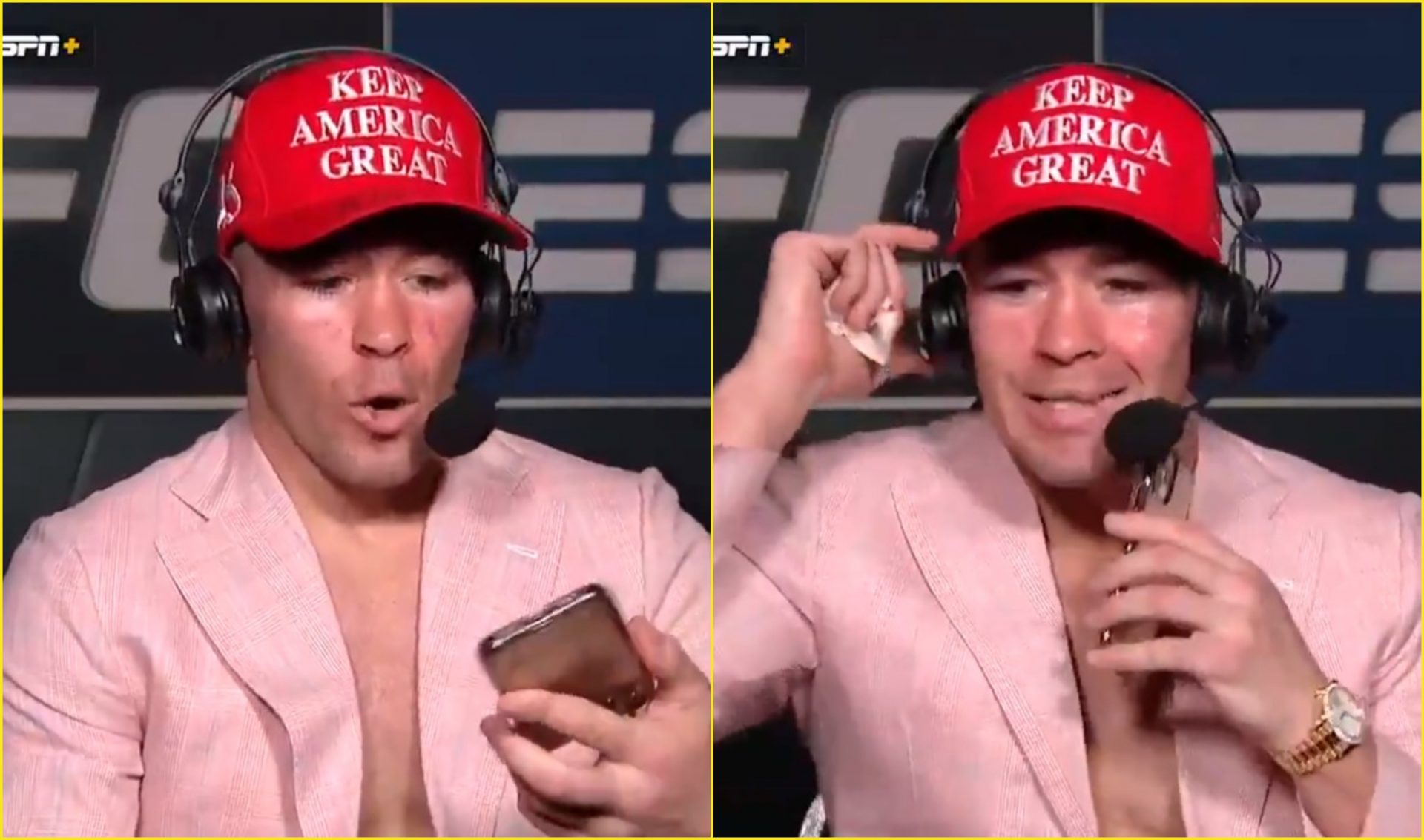 Colby Covington after getting a big win at UFC Vegas 11 over his rival Tyron Woodley got a surprise call from President Donald Trump who praised him on his win.

Just minutes after Colby Covington defeated Tyron Woodley in the UFC Vegas 11 main event on Saturday night, U.S. President Donald Trump rang him up on the phone to congratulate him. 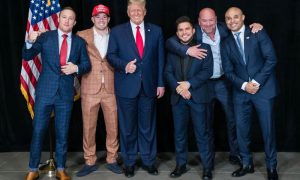 It’s not the first time that Covington has crossed paths with the President. Covington and UFC president Dana White met with President Trump in the White House after Covington became the interim UFC welterweight champion.

Covington was doing an interview on the UFC post-fight show when he was given his phone with Trump on the other end of the line.

“You are a great fighter,” Trump said to Covington. “You make it look so easy. I don’t know how you do it. Congratulations, I wanted to watch that fight tonight. You were great.”

“That was easy work, relatively easy work. I’m proud of you,” Trump said. “I just made a big speech, I had 35,000 people, I said I want to get home now to watch Colby. That was fast work.

According to Trump, he had just done a rally on Saturday and then made it to a television in time to see Covington defeat Woodley from Las Vegas. Covington, who has become friends with the entire Trump family over the past couple of years thanked the president for giving him the dragon energy when they met during Trump’s election rally.

“Thank you, Mr. President,” Covington said. “You gave me the dragon energy when you shook my hand on Sunday at your rally.”

Colby appeared at Trump’s rally this past weekend in Henderson, Nevada, where the former interim champion joined UFC President Dana White alongside fellow fighters Henry Cejudo, Justin Gaethje as well as manager Ali Abdelaziz. Following the rally, he posted a video with Trump touting his upcoming fight against Woodley at UFC Vegas 11. According to Trump, he finished another rally on Saturday and then made it to a television in time to see Colby defeat Woodley from Las Vegas.

The ‘Chaos’ got this important victory over Tyron Woodley which has set him in position from where he’s just one more win away from the title shot. He’ll have to wait for his chance to get his hands on the champion as the champ Kamaru Usman is set to defend his throne against the challenger Gilber Burns later this year.