Colby Covington is expecting ‘presidential’ guests for his next bout 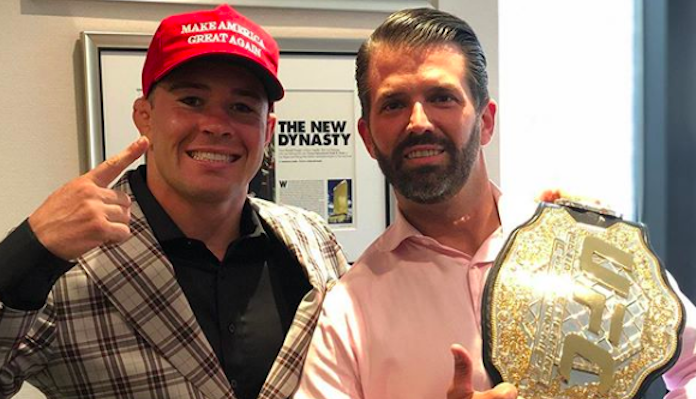 Colby Covington’s next fight might have sons of Donald Trump in the audience.

Covington says it’s possible Eric and Donald Jr. will be at his next fight, which will pit him against former UFC welterweight champion Robbie Lawler in Newark, New Jersey on August 3.

“I was over at the Trump Tower when I went and visited the troops for three weeks. So, I had a good meeting with them up at Trump Tower,” Colby Covington said on the latest episode of BJPenn.com Radio. “They said they would be at my next fight. So I’m excited, man, having Donald Trump Jr. and Eric Trump, the first family there. It’s going to be an incredible experience. The atmosphere is going to be electric and you know, we’re going to put on a show for ESPN. They’re going to be very excited. They’re going to get more than their money’s worth.”

Previous articleWatch: Joe Rogan analyzes Ngannou’s win over JDS
Next articleThiago Santos explains his learning curve that led him to a title shot