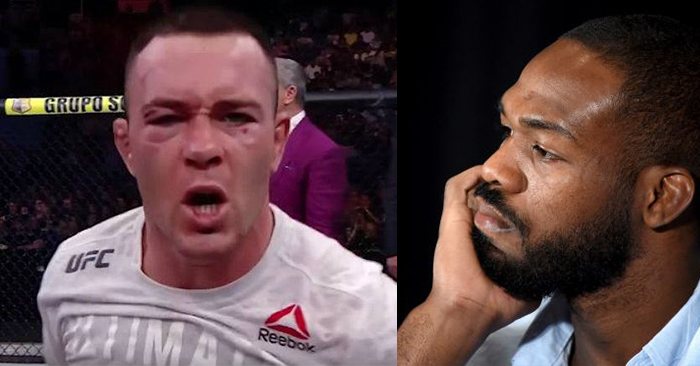 Former college roommates and now UFC fighters, Colby Covington and Jon Jones have no love lost between them.

According to UFC Welterweight Champion Tyron Woodley, Jon Jones recently came out in support of him and even offered his services in training the champion for his title unification bout with Interim Welterweight champion Colby Covington. 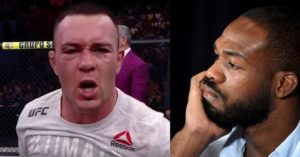 “It funny because Jon doesn’t reach out to me very much,” Woodley said (via MMA Fighting).

“Jon said, ‘Hey, whatever you need, brother. I want to help you.’ I told Jon, I said, ‘Man, you work so hard for your platform, from actually kicking ass and beating legends in their prime, and being one of the greatest fighters we’ve ever seen. Don’t give him your platform.’ Because he put a post up about him.”

“Jon Jones needs to grow up. You have fought more recently Ariel, than Jon Jones and Woodley combined.”

“Those dudes don’t even fight no more, they’re too busy, they don’t even know what to do with their lives.”

“These guys are a joke, all they do is talk, they don’t fight no more.”

“F*ck Jon Jones. He needs to grow up. He’s a little child. He’s buried himself, I don’t have to bury him.”

Tyron Woodley last defended his title at UFC 214 in July, 2017. He’s expected to face Colby Covington later this year in one of the most anticipated fights of the year.