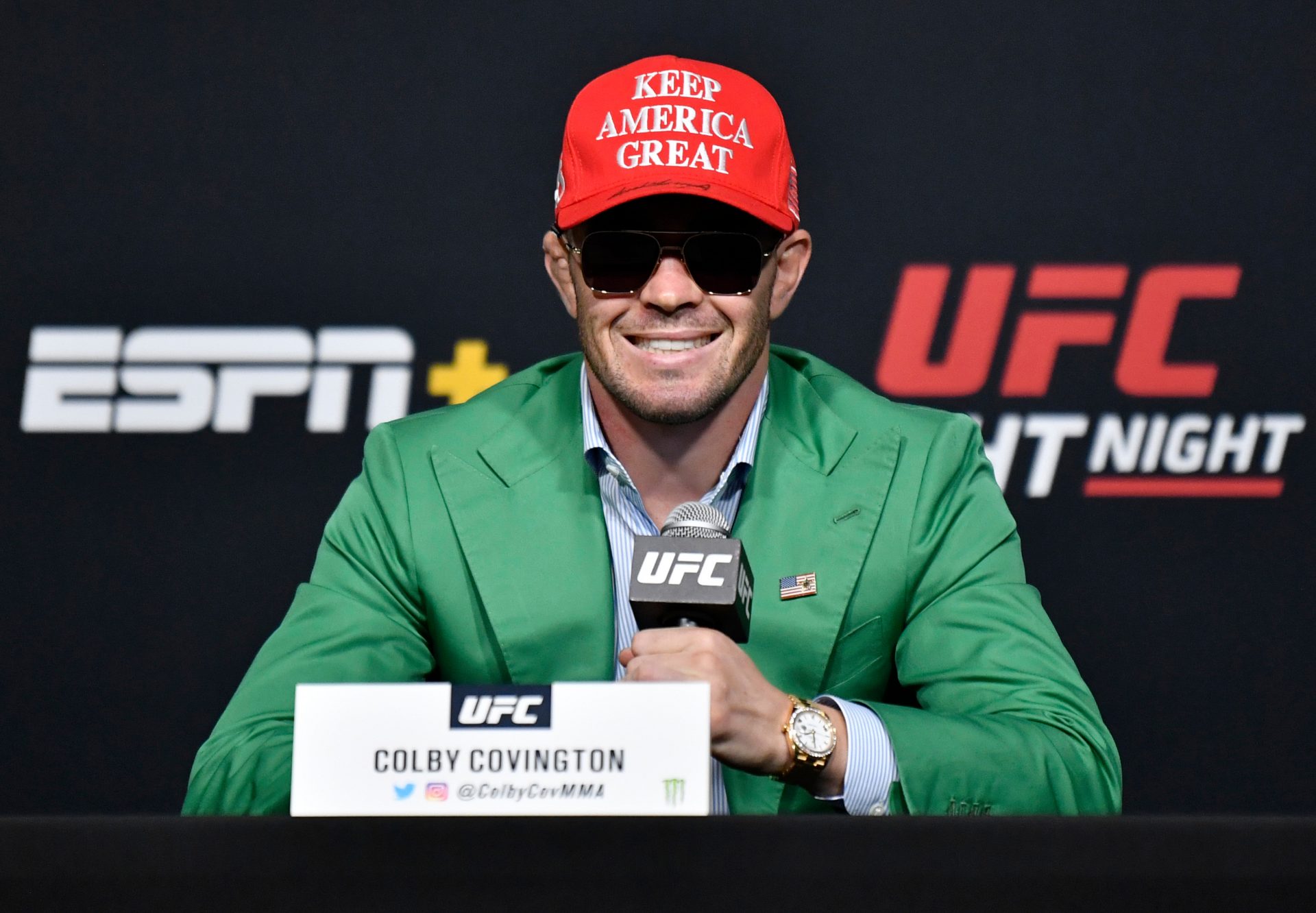 UFC welterweight Colby Covington has released another statement regarding the criticism made by the ‘woke mob’ over his controversial statements. 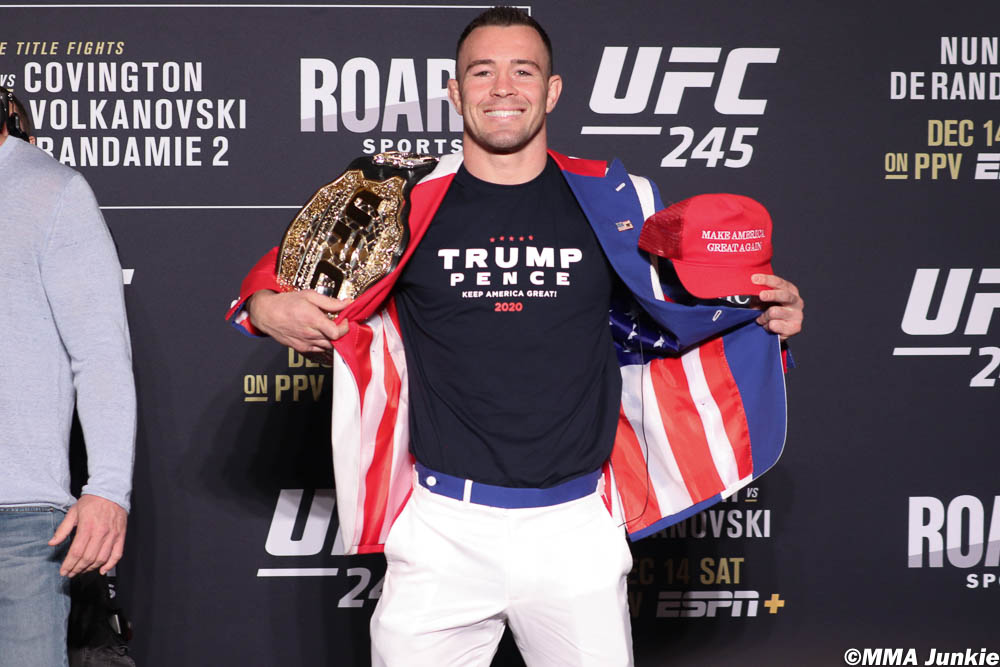 After getting a win over Tyron Woodley, Covington had a heated exchange with current UFC champ Kamaru Usman on the ESPN post-fight show, and told the Nigerian-born fighter that he was getting “smoke signals” from his “tribe.” Covington (16-2 MMA, 11-2 UFC) proceeded to the post-fight news conference, where he made some divisive statements about his rival Woodley and the Black Lives Matter movement. In the post-fight, Covington made some more controversial statements.

"Black Lives Matter is a complete sham. It's a joke. They're taking people that are complete terrorists. These are bad people… [Tyron Woodley] is a communist. He's a Marxist. He hates America." – @ColbyCovMMA

After these statements, there was a lot of criticizing going on in the MMA circuit and media. Several Black UFC fighters, from Israel Adesanya to Leon Edwards to Sijara Eubanks and Hakeem Dawodu, have condemned “Chaos” for being racist.

Israel Adesanya talking to the reporters said “It just shows you the landscape of the media, what it is right now, I made a joke about dropping Romero like the Twin Towers and everyone lost their mind, even if I said it was a joke and it was pretty funny, but people took it as I was being offensive and digging – but I was making a joke.”

Israel Adesanya continued “This guy has directly insulted my culture, my brother, and many other cultures and stuff and no one says anything. But it just shows you a mirror. Shows you a mirror to you guys. So yeah, I don’t care. Kamaru Usman broke his jaw.”

“That’s what got me – the UFC has said nothing about it,” Edwards said. “ESPN has said nothing about it. Letting it flow like it’s a normal thing to f**king say and do and it’s not. Your tribe and smoke signals and blah, blah, blah, and he’s calling Woodley a terrorist because of Black Lives Matter. All these statements he’s making are racist. There’s no other way to go around it.”

Colby Covington has now issued a reply to the wave of criticism that followed his UFC on ESPN+ 36 main event victory over Tyron Woodley on Saturday. Covington, a former UFC welterweight title challenger and constant supporter of President Donald Trump, took to social media Friday to address his critics.

He posted a photo on Instagram and in the caption of the post he wrote “Nice try woke mob, but you can’t cancel Colby Covington Inc!!! 🇺🇸🦅🇺🇸 I speak for the Silent Majority and I’ll never back down. Have a problem snowflakes? Direct your complaints to the comment section below #AmericasChamp #PeoplesChamp #Trump2020 #MAGA #KeepAmericaGreat”

“This is the 10th time you guys have asked me this,” White responded. “These guys all have their causes, things – all their own beliefs. We don’t muzzle anybody here. We let everybody speak their mind. I don’t know what he said that was racist. I don’t know if I heard anything racist that he said. I don’t know.”

“Come on. I’m not going to play these games with you guys. Come on. If it’s racist? Yes. Of course (we don’t want that).”

So the Covington issue has made a big buzz in the MMA world and the media and has brought a lot of objection to his statements. Let’s see how further this issue goes.

What do you guys think of Covington’s comments?