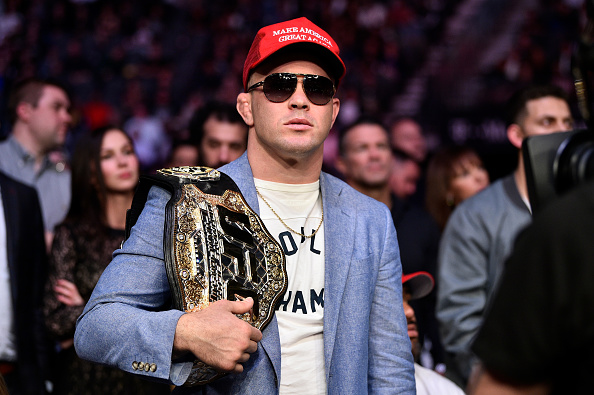 Colby Covington talked to Michael Fiedel and opened up about what he felt about Kamaru Usman and his manager, Ali Abdelaziz. There are talks that the next fight for Covington might be against the current Welterweight Champion Kamaru Usman, and to say that there is heat between the two would be understating it.

Colby Covington commented on the fight between Kamaru Usman and Tyron Woodley, even calling Usman ‘Snoozeman’. He called the Champion boring and said that the only time that the fans were livened up was when he took centre stage and was put on the Jumbotron. He called the fight a #1 Contenders fight, and that Covington was the ‘real champ’.

He went on to talk about Usman’s podcast on Rogan, saying that there was a difference between legal immigrants and illegal immigrants. He said to leave the political talk alone.

“I knew he was dumb, but didn’t know he was that dumb.”

He then talked about the incident at Palm’s Hotel, where he was attacked by Usman and Ali Abdela’Sleaze’. He even called out Usman for faking his injuries, saying that he had jumped over the barrier while attacking him. He called them out for acting ‘nice’ but then attacking him in the buffet line, putting an innocent old lady and kids in danger.