Colby Covington trolls journalist John Morgan: You gotta get down and give me 10 pushups 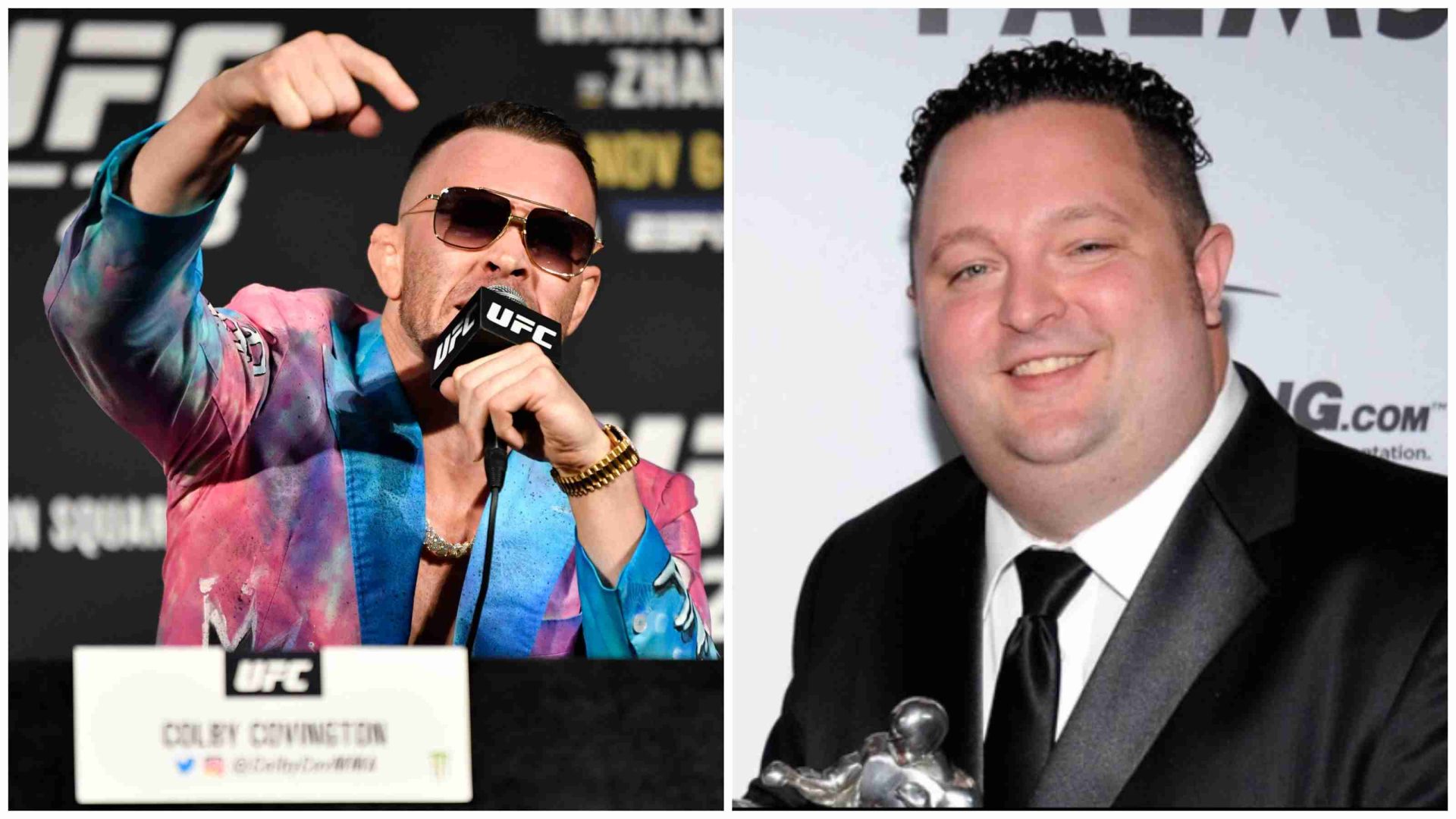 Colby Covington grans attention not only for his in-ring feats but also for his out-of-the-ring antics. The outspoken nature of the former interim UFC welterweight champion is well known and Covington has heated up many press conferences with his banters This time, however, Covington’s target is not any other fighter, as he has gone after journalist John Morgan, trolling him by asking him to do 10 pushups, once again.

Ahead of his upcoming grudge match against Jorge Masvidal in the main event of UFC 272 on 5th March, Colby Covington made an appearance at a recent press conference when he was faced by the same John Morgan, whom “Chaos” had trolled back in November last year, ahead of his UFC 268 bout against the reigning UFC Welterweight champion Kamaru Usman.

When Morgan asked Covington if making back to back headliners in big UFC events still got him excited or it has just become normal for him, Covington issued the same statement, asking Morgan to do pushups.

“I’m a man of my word, John. 10 pushups if you want an answer from me,” said Covington. Morgan responded by saying that he only has one lung and it would be a tough challenge for him, Covington then asked him to “get down and at least try”.

Up next, Morgan aimed for a ‘quick turnaround’ and asked another question to Covington by asking him if he’s returning to the Octagon because of Masvidal or would he have faced anyone else, expecting a proper answer, but Covington’s stance remained unchanged.

“You think I’m Joking or what? I’m serious, flabby butt. You gotta get down and get me 10 pushups,” Covington added. Check out the clip below, posted on Reddit by u/FururisticFighting.

Covington had called Morgan ‘flabby butt’ during their pre-UFC 268 press conference as well, and even called him a ‘clickbait merchant’ after Morgan asked him how he managed his emotions after losing to Usman in their first clash at UFC 245 and if he would have controlled them before their rematch, a question “Chaos” wasn’t fond of.

“John, you were getting real slick with me yesterday,” Covington had told Morgan the next day, “You’re a clickbait merchant. You were saying I was undeserving and didn’t deserve to be up here. Well, guess what? You’re undeserving of getting an answer from me. If you want an answer from me get down and give me 10 push-ups right now! Get on your hands and knees! What!? If you want a question take 10 push-ups, flabby butt!” [H/T Middleeasy.com]

What do you think about Colby Covington demanding 10 pushups from John Morgan once again? Let us know in the comments.