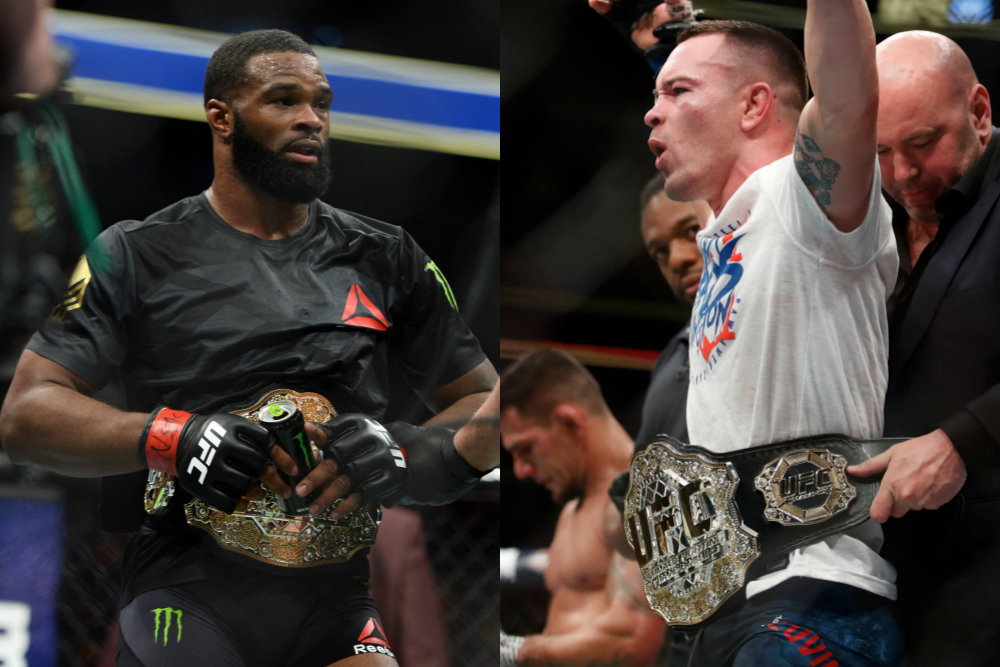 However, there were further talks about Tyron Woodley defending his title against Covington next at UFC 233 in January of 2018 at the Barclays Center in Brooklyn, New York. However, Colby Covington now believes that Tyron Woodley is deliberately trying to avoid him, he said during an exclusive interview to BJPenn.com MMA site.

“Yo, TyQuil. I’m not saying NyQuil. There’s a new thing that’s been replaced,” Covington said on this past episode BJPENN radio. “If you have a sleeping disorder, just get TyQuil, Tyron Woodley, the gossip girl. You need to stop running, man. Stop f*****g making up all this s**t, all these lies. Oh, you can beat me easy. If I’m such an easy fight, come get this easy fight, mother f****r. You got my belt. You got something that belongs to me. So keep it warm for me because I’m coming to get it, mother f****r. F**k you, Tyron Woodley.”

Both Covington and Woodley used to train out of American Top Team and he even claims that he took Tyron’s soul during sparring sessions.

“I’m the number one contender. I’ve beaten these guys that Tyron fought,” Covington added. “I beat these guys a lot worse than Tyron beat them. So at the end of the day, I’m ready to fight Tyron at a week’s notice, a day’s notice, whenever he wants to go. But it’s ducking season. He’s going to be ducking me for a while. He’s fought me in the gym, and I’ve taken his soul in the gym. So he knows I’m a bad match-up, and he’s going to try and duck me as long as he can.”

Previous articleRory MacDonald owns up to his faults in Gegard Mousasi defeat
Next articleDe La Hoya’s advice to Dana White: ‘Don’t tell fighters to retire. It’s in their blood’