All MMA/UFC fans saw Colby Covington’s post fight interview in the Octagon with Daniel Cormier after defeating Demian Maia, where he said ‘Brazilians were filthy animals living in a dump’, he even pushed away the translator so he couldn’t translate for him.

Then as he walked away from the Octagon escorted by security he was pelted with water bottles and beer cans by Brazilian fans who didn’t seem to need a translator to understand what Colby had just said.

Now while fighters both showed outrage at his comments like BigFoot Silva, and quite a few said he had crossed the line from doing the ‘heel act’ while some supported him saying he was just trying to take big to up the ante on his profile. 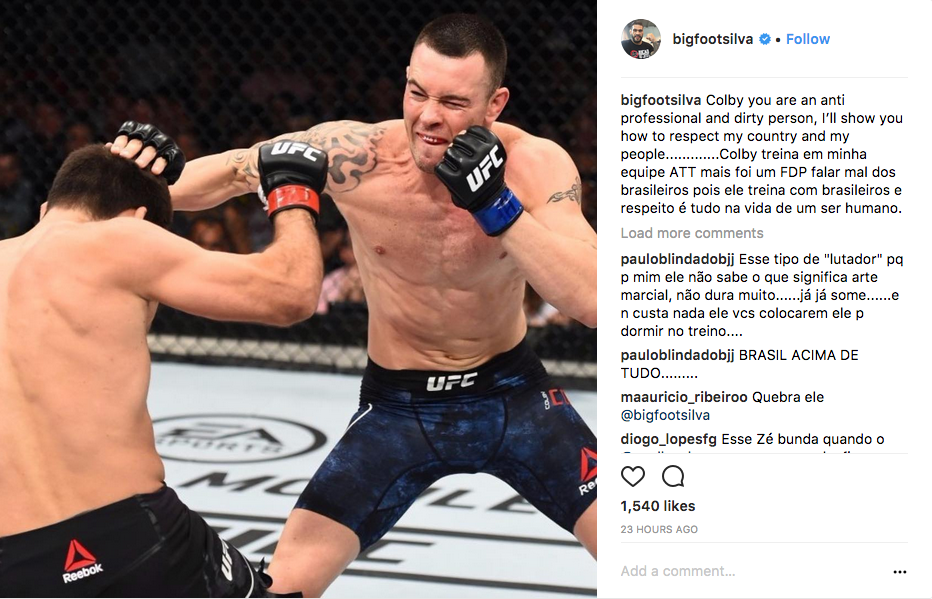 In a post fight interview in his room Colby seemed to justify his words saying he had been called much worse by Brazilian fans in the lead up to the fight.

A short while ago he issued what he referred to ‘tongue firmly in cheek’ to as an apology. Why don’t you people read it yourselves and see if it qualifies as an apology. 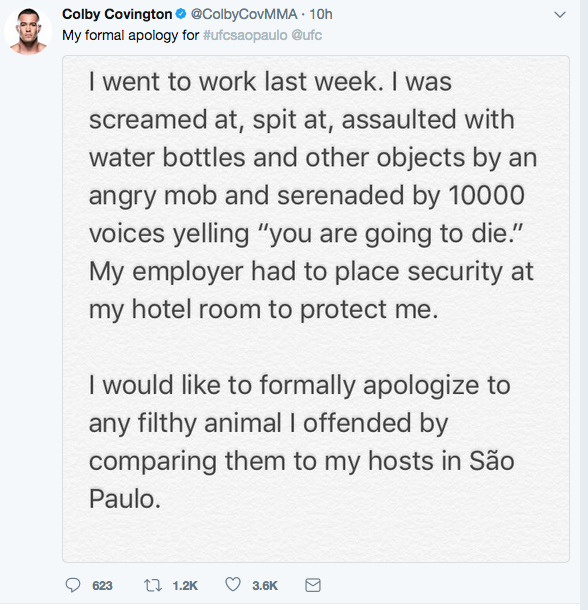 Previous article
UFC Presents, GSP: A Legend Returns
Next article
Wanderlei Silva to be in Bahrain for Brave 9: The Kingdom of Champions