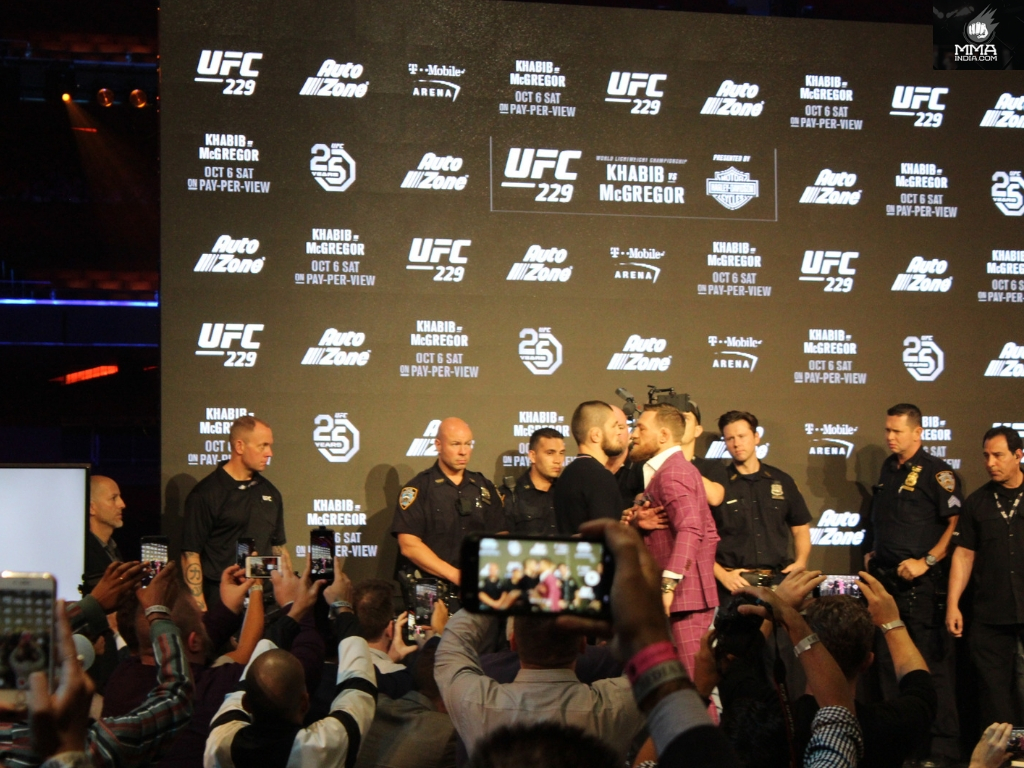 It goes without saying that the press conference for UFC 229 which featured Khabib Nurmagomedov and Conor McGregor was wild. Conor launched a series of verbal assault against Khabib, his father, Ramzan Kadyrov, who is the head of the Chechen Republic and last but not least he went ballistics on Khabib Nurmagomedov’s manager Ali Abdelaziz.

FYI, Noah is the son Ali abandoned in Colorado when he started as an informant for the NYPD and who he is $50k behind in child support for. @TheNotoriousMMA does his homework when preparing for war.

Apparently, according to Mike Russell who is an investigative journalist, Noah is the son, Ali abandoned in Colorado when he started as an informant for the New York Police Department and who he is $50,000 behind in child support for.

Previous article
Title fight alert! The Boogeywoman vs The Bullet at UFC 231
Next article
Holly Holm and Michelle Waterson do the level up dance challenge