Conor on Khabib: He may have wrestled Dagestani bears, but he’s never wrestled an Irish gorilla 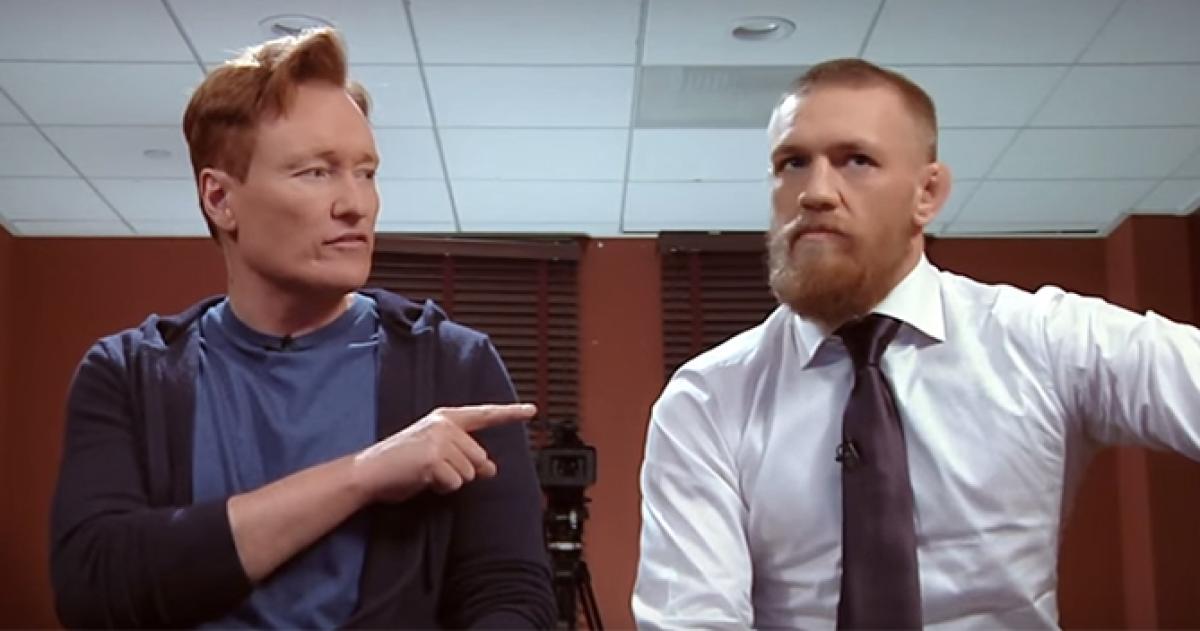 The biggest fight in the history of UFC between Conor McGregor and Khabib Nurmagomedov is just a few days away and the fight week hype and gotten to most MMA fans around the world.

Conor McGregor recently appeared on The Conan Show, which is a very popular talk show in the United States and hosted by Conan O’Brien and unleashed series of verbal attack on his opponent Khabib Nurmagomedov. 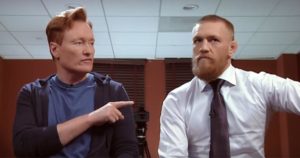 Speaking about his boxing match against Floyd Mayweather, McGregor compared not being allowed to use his kicking skills to:

“Going to work and leaving your tool box at home.”

McGregor said he was looking forward to being able to use his full arsenal in his fight against Khabib:

Conor was then asked about Khabib and how he was friends with him before to which he brushed aside and said.

Conor then went ahead to claim that the Russian fears him:

“I saw what I’ve seen many times when I’ve looked at that man, his eyeballs turned to glass. The blood rushes from his body and sprints out of his arse. That’s what I saw – another man froze.

“I believe he has many weaknesses in his game. In the Dagestan region, they specialize in wrestling. The kid wrestled bears when he was a baby, it’s part of their culture. I’m under no illusion, he is a skilled wrestler. Of course, in the whole picture, there are many more facets to fighting, a lot more than one single discipline.

“I have many weapons to dismantle all styles of the opponent and this is just another style of opponent. I believe he’s slow, he’s flat-footed. His striking is very average and I will look to expose that.

“He may have wrestled Dagestani bears but he has never wrestled an Irish gorilla.”

UFC 229 takes place at the T-Mobile Arena in Las Vegas on Oct. 6 and will be live on Sony ESPN, Sony Liv and Jio customers can watch it live on Jio TV.