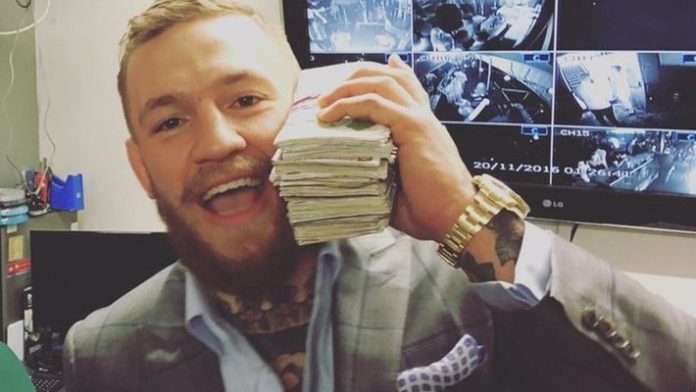 Former UFC featherweight and lightweight champion Conor McGregor was named the #1 highest-paid athlete in the world by Forbes for 2021.

The 32-year old Irishmen fought just once this year in January at UFC 257. In that fight, he was brutally knocked out in the second round by the former interim champion Dustin Poirier.

As per Forbes, Conor McGregor earned a staggering $22 Million for his services at UFC 257. But that’s not where he earned most of his riches from. A bulk of his earnings came from the sale of his Whiskey brand Proper No. 12 to Proximo Spirits for $600 Million. 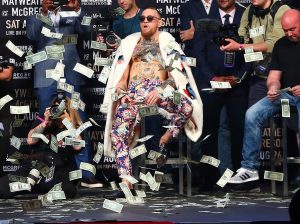 Conor McGregor earned a mind-blowing $158 Million from the sale of the Whiskey brand and from endorsements like DraftKings, the video game Dystopia: Contest of Heroes and the lifestyle brand Roots of Fight.

The top 10 features three other athletes who cracked the $100 million marks. Lionel Messi was ranked #2 on the list with an earning of $130 Million and No. 3 on the list included Christiano Ronaldo, who earned $120 Million.

Conor McGregor is scheduled to fight Dustin Poirier in a trilogy at the T-Mobile Arena in Las Vegas on July 10 at UFC 264.