UFC: Conor McGregor and Amir Khan size up each other in Belfast 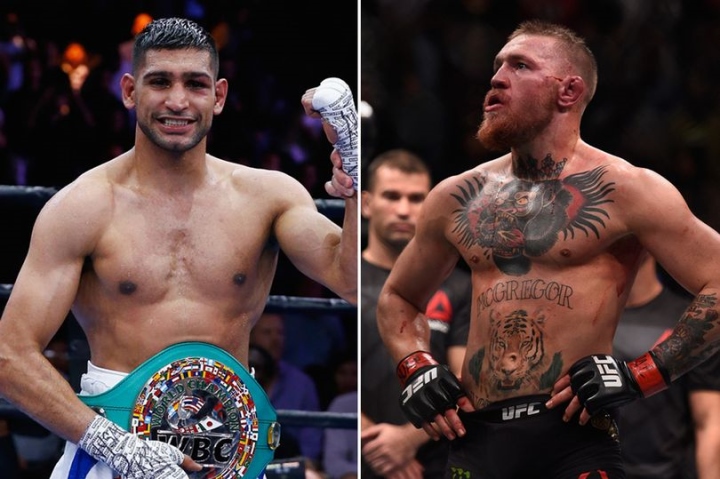 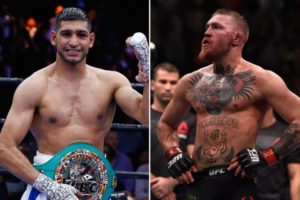 The two natives of the Isles seemed to have enjoyed their short encounter.

In their friendly encounter, ‘The Notorious’ one could be clearly heard asking Amir Khan about how much he was paid to attend the event and the rest of the crew erupting in laughter.

Lol @TheNotoriousMMA asking how much I got paid to attend @bravemmaf event. I replied, I was paid well. Thanks Sheihk khaled😉 pic.twitter.com/7VjntvuSGy

Amir Khan has previously commented on a potential fight between themselves.

‘If you’re talking about a fight that could generate half-a-billion – it’s this one. There’s never going to be another boxing fight like this.’

Conor, who went 10 rounds in a boxing ring against Floyd Mayweather, back in August of last year, might just fancy his chances.

Amir Khan on Floyd Mayweather vs. Conor McGregor MMA tease being a ruse