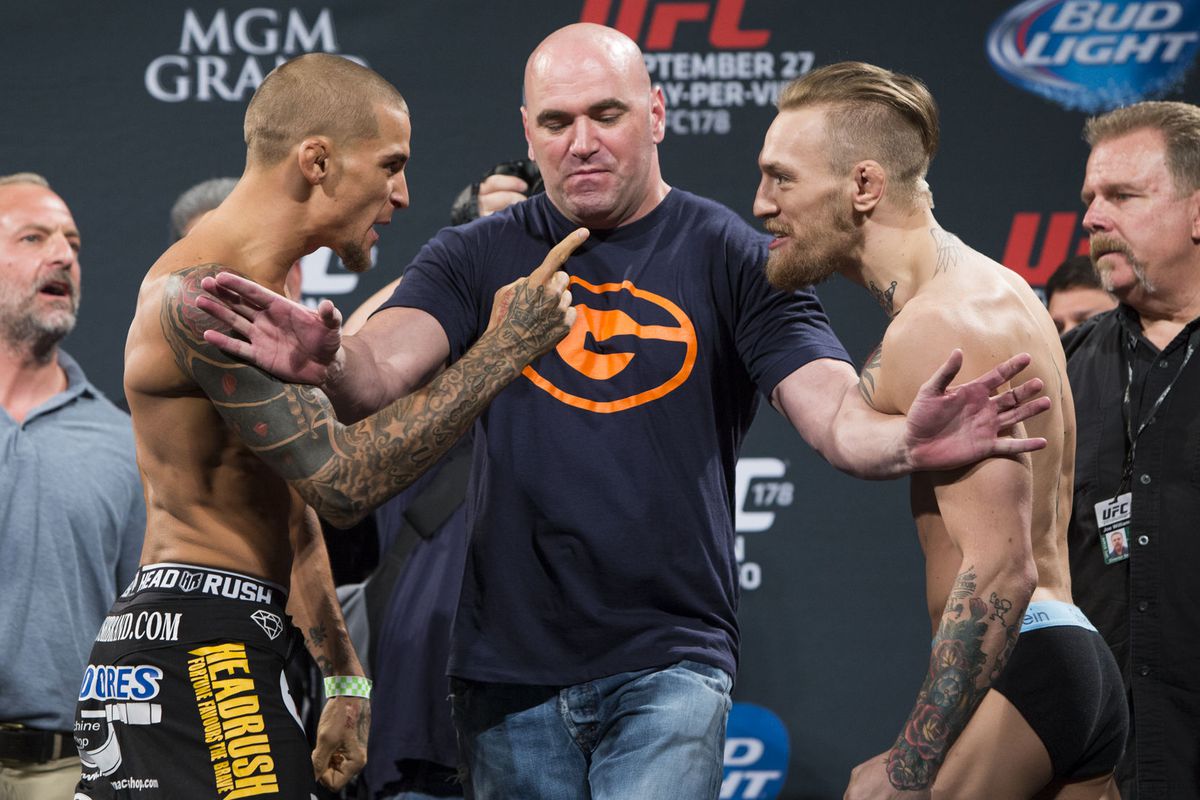 Conor McGregor has been fairly active on social media trying to tease a return back to the UFC Octagon. He has been on the receiving end of many call outs since his last fight. The most recent one being by his once former opponent – Dustin Poirier.

The two have been going back and forth on social media after Dustin’s call out. McGregor has now posted a throwback picture of him knocking out Dustin Poirier in their previous encounter back at UFC 178.

On September 7, 2014 McGregor and Poirier locked horns at UFC 178. McGregor utilized his leg kicks very effectively to keep Poirier at bay. In the very first round, Conor ended up connecting with his patented left hand that sent his rival to the mat. All that was left after was just a combination of hammer fists to seal the deal. During that stretch of time Conor was beginning to look invincible. Just one fight later he would go on to defeat Chad Mendes for the interim UFC featherweight title.

Poirier’s career has followed a different trajectory. After the fight he has grown a lot as a fighter. He moved up a weight class after the fight. Barring a loss at the hands of Michael Johnson, he racked up wins after wins to eventually be crowned the UFC lightweight champ. After a failed attempt to unify the belt against Khabib, Dustin has turned his attention back to McGregor.

After this McGregor picture tweet of UFC 178 served as a not-so-subtle reminder to Poirier of who won their first fight. Poirier remained indifferent to Conor’s barbs and instead replied with a simple message. “Let’s run it back tough guy”

Run it back tough guy!

In a separate tweet Conor hinted at a comeback on December 14th later this year. However, reports started flooding in later about how the comeback was a boxing match with fellow Irish boxer Luke Keeler.

A lot has already been speculated about Conor’s return for the better part of this year. Based on how everything has turned out so far, it is much wiser to lay back and eventually watch the drama as it unfolds.

Previous articlePaul Felder on Edson Barboza appealing their fight’s decision: I staggered him and he didn’t stagger me!
Next articleJohn Lineker explains joining ONE Championship ahead of debut