Conor McGregor and Max Holloway hint at a potential fight 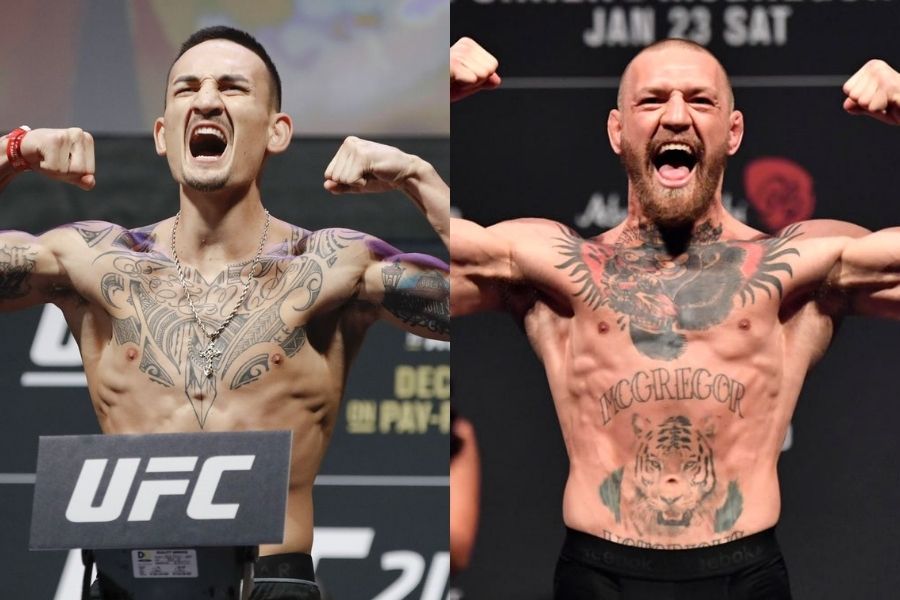 Former UFC featherweight champions Conor Mcgregor and Max Holloway are hinting towards a potential rematch between them as the duo has engaged on Twitter. Conor Mcgregor and Max Holloway are two of the best featherweight champions in the UFC. The pair never got to fight each other in their prime but the duo have met previously in their early UFC days. Conor McGregor was supposed to fight Andy Ogle at UFC Fight Night 26, but Ogle pulled out of the match due to an injury and was replaced by Max Holloway. McGregor went on to win the fight by unanimous decision. Now eight years after their first fight, these duos are once again hinting at a potential clash. 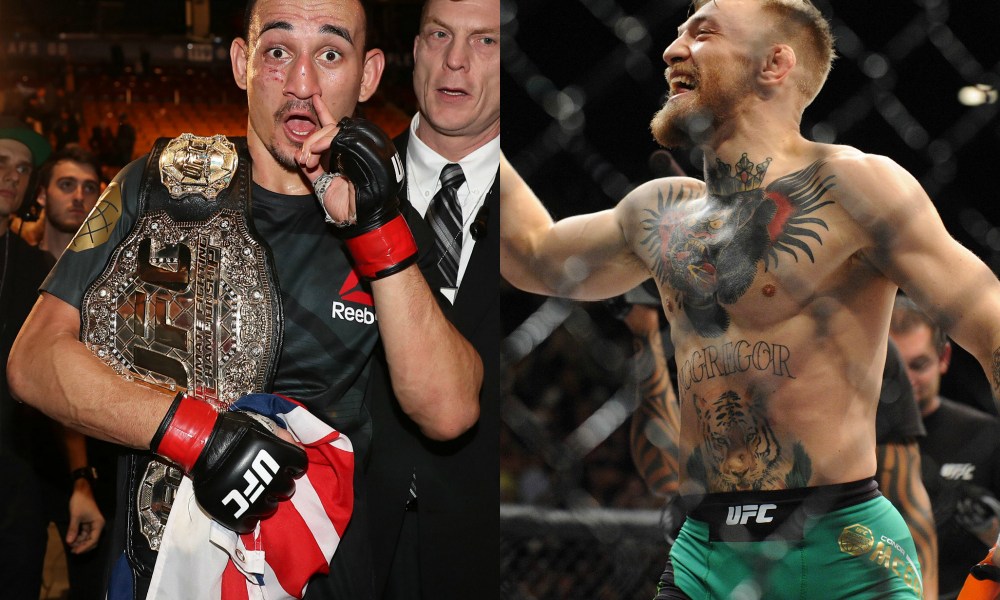 Max Holloway is now all set to fight the ‘flying’ featherweight contender Yair Rodriguez in the main event of UFC Vegas 42. While Max was promoting his merchandise ahead of his fight with Yair, Conor Commented on his tweet saying ‘Easy Work’. Max was quick to respond to this tweet saying that Conor needs more whiskey. 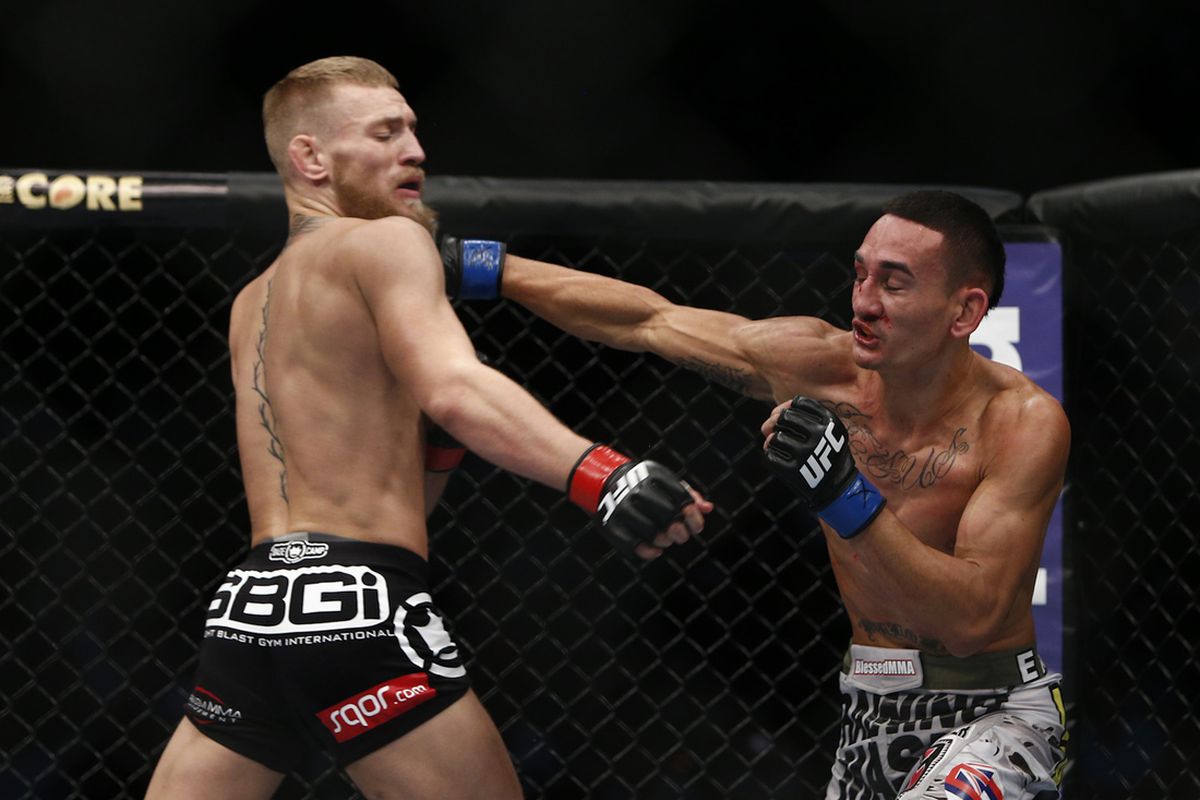 Conor McGregor and Max Holloway ever since the first fight have hinted about their second fight. Both the fighters on several occasions have shown interest in a rematch. Eight years since their first battle, UFC has never initiated a second fight between them. During his fight week of UFC 257, Conor Mcgregor talked about his second fight against Max Holloway.

“I would happily rematch Max, and after a performance like that, he’s put himself right up there. He’s a tall lad,” McGregor said back in January to The Mac Life. “He’s taller than me, so he could build up. He’s only fought at 155 once. It was against Dustin. He was a bit outpowered, but he could certainly do it. Against other lightweights? You never know. But the rematch would be 155, for sure.” 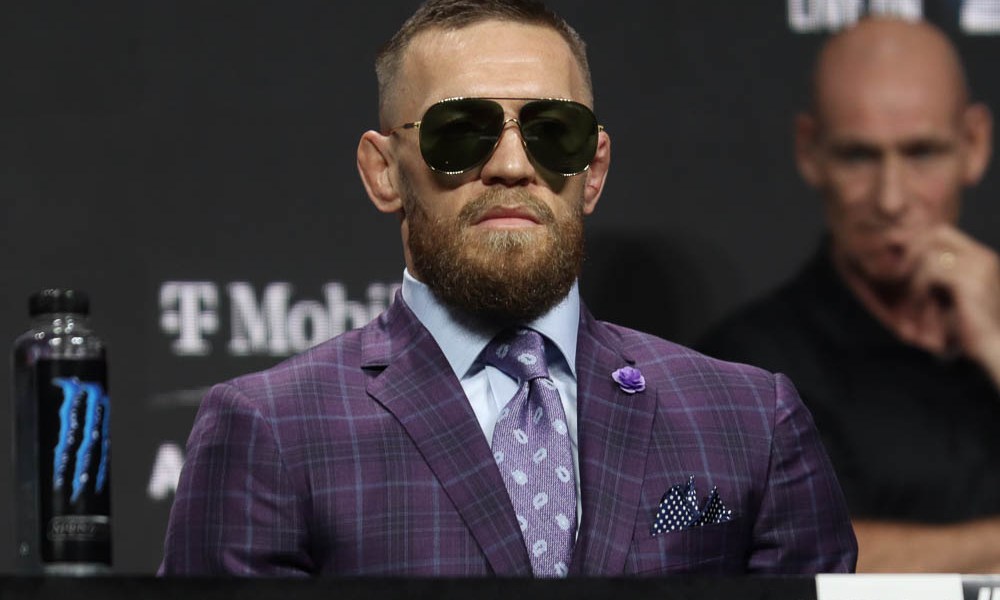 Conor Mcgregor is coming off two back-to-back losses in the UFC. He lost his last two fights against Dustin Poirier. The duo fought twice in a year at UFC 257 and at UFC 264. Dustin Poirier won the rematch fight via KO in the second round. Poirier won the third fight by TKO. Conor had won their first fight back in 2014. Max Holloway is coming off a dominant win over Calvin Kattar at the UFC event on ABC. He set up multiple striking records in that fight.