Conor McGregor and Tyson Fury complimentary to each other on Twitter 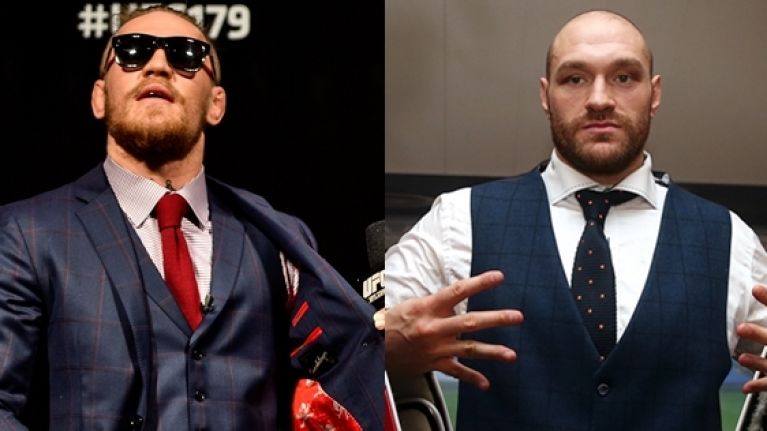 Former WBO, IBF and WBA heavyweight champion of the world Tyson Fury from the United Kingdom lauded former UFC featherweight and lightweight champion Conor McGregor who hails from his neighbouring country Ireland. He said that the Irishmen transcends MMA. 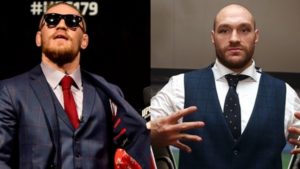 Speaking at the Ariel Helwani’s MMA show, Fury praised McGregor for what he has achieved inside the Octagon.

“I think Conor has transcended the game of MMA,” Fury said.

“He’s crossed over, he’s fought Mayweather, he’s become a massive superstar and he should definitely be very proud of himself.

“Everybody has troubles in life, and it’s not what troubles we have but how we overcome them and learn from them.”

This prompted the Irishmen Conor McGregor to take to Twitter and thanked him.

The Gypsy King!
You are a top man, Tyson!
Thank you 👊 https://t.co/kbB1zuRjCM

“The Gypsy King! You are a top man, Tyson! Thank you.” McGregor tweeted.

Conor McGregor is coming off of a submission loss to UFC lightweight champion Khabib Nurmagomedov at UFC 229 last October. On the other hand, Tyson Fury fought WBC heavyweight champion Deontay Wilder to a majority draw last December. Although many thought Fury won the fight.