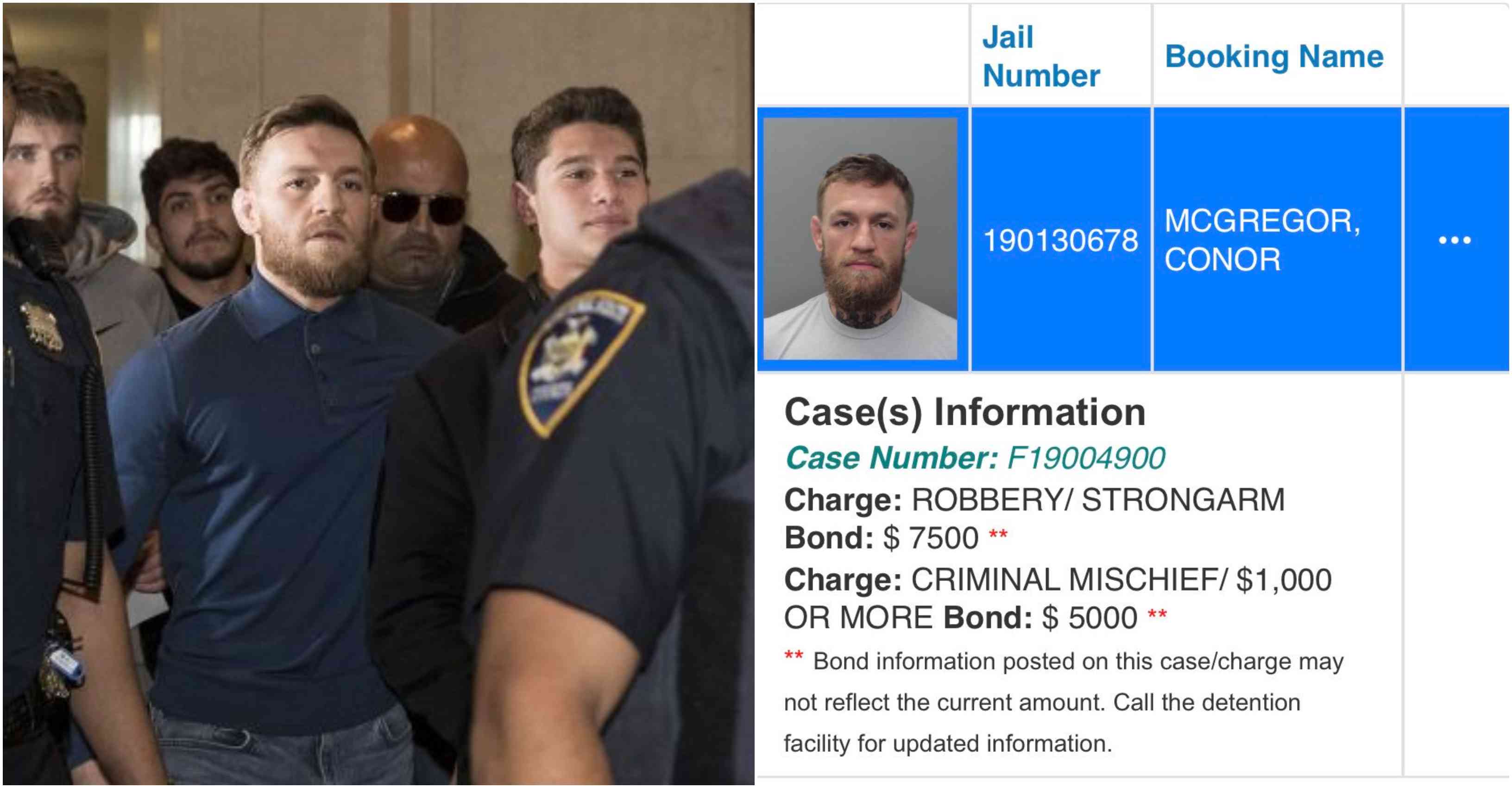 Irish superstar and former two-division UFC champion Conor McGregor has been arrested in Miami Beach, Florida. He is accused of stealing a cellphone of a fan who was trying to take his photo. 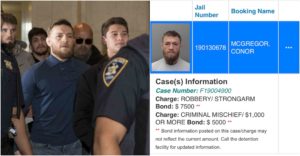 The Irish star was leaving the Fountainebleu Hotel at around 5:20 a.m. when the victim involved in altercation named Ahmed Abdirzak of England was also leaving the hotel. After spotting McGregor, Ahmed tried to take a photo of the UFC star, when Conor slapped the phone out of his hand and then he stomped it several times damaging and then he walked away with the damaged phone.

According to online records, Conor McGregor has been arrested in Miami. Miami Herald reports McGregor is being accused of breaking a fan’s phone. pic.twitter.com/JW1UzhniVy

“Last evening Conor McGregor was involved in a minor altercation involving a cellphone that resulted in a call to law enforcement,” Samuel J. Rabin Jr, an attorney representing McGregor, said in a statement. “Mr McGregor appreciates the response of law enforcement and pledges his full cooperation.”

This is not the first time McGregor is in trouble with the law. He is currently serving a six-month suspension for getting involved at a post-fight brawl in Las Vegas last year. Before that, he was arrested for smashing a dolly in a bus filled with UFC fighters for which he was charged with three counts of assault, one count of criminal mischief and menacing and reckless endangerment.

Derrick Lewis reportedly came into the JDS fight with a torn ACL, MCL and meniscus