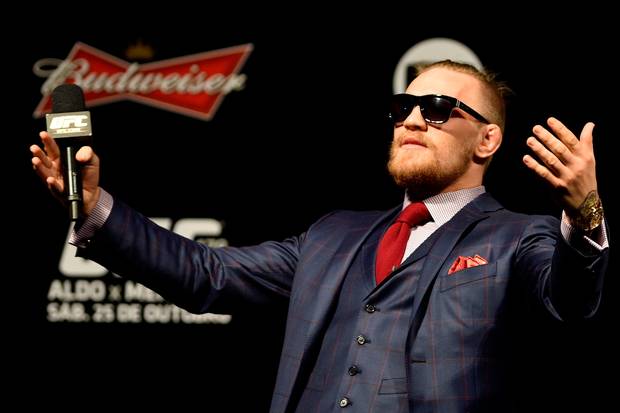 The newly rejuvenated Manchester United Team under Ole Gunnar Solskjaer is a team that the fans have flocked behind. The team has received a lot of support from the fanbase for being the ‘old Manchester United’ team which has been missing for a while, ever since Sir Alex Ferguson left. Now, the team has new ‘Notorious’ praise as well as Conor McGregor recently talked about them.

Conor McGregor recently sent out a tweet praising Ole Gunnar Solskjaer for the amazing job that he is doing as the manager. He called him Super ‘sub, player and manager’ before going on to explain the passion Solksjaer has about the club. McGregor said that he was ‘beaming with pride’ seeing Solskjaer explain United’s counterattacking ability.

Ole Gunnar Solskjær is a special man!
The Man United Super Sub.
Player AND Manager. Insane!
You can feel the passion he has for his club and it’s history.
Beaming with pride as he vividly explains the teams amazing counter attacking ability over the years. Past and present!
Wow!

Conor was then questioned by a fan about how long he had been a fan of Manchester United to which he replied in another tweet.

I see my son when I look at this. Thank you for sharing.
This is a picture from my schools “sports day”, and that infamous Grey Utd jersey, I actually bought myself with my communion money at 8 years of age.
I’d love to know where it is now.
A truly Notorious football jersey! https://t.co/1NxLZYJMXt

There he revealed that he had bought the ‘infamous’ grey Manchester United himself when he was only 8 years old. He had saved up to buy that jersey with the money he got for Communion. He said that he would love to find that ‘truly Notorious jersey’ now.

McGregor is not the only United fan happy with the performance of the team, as United defeated Arsenal recently in the FA Cup fourth round 3-1.