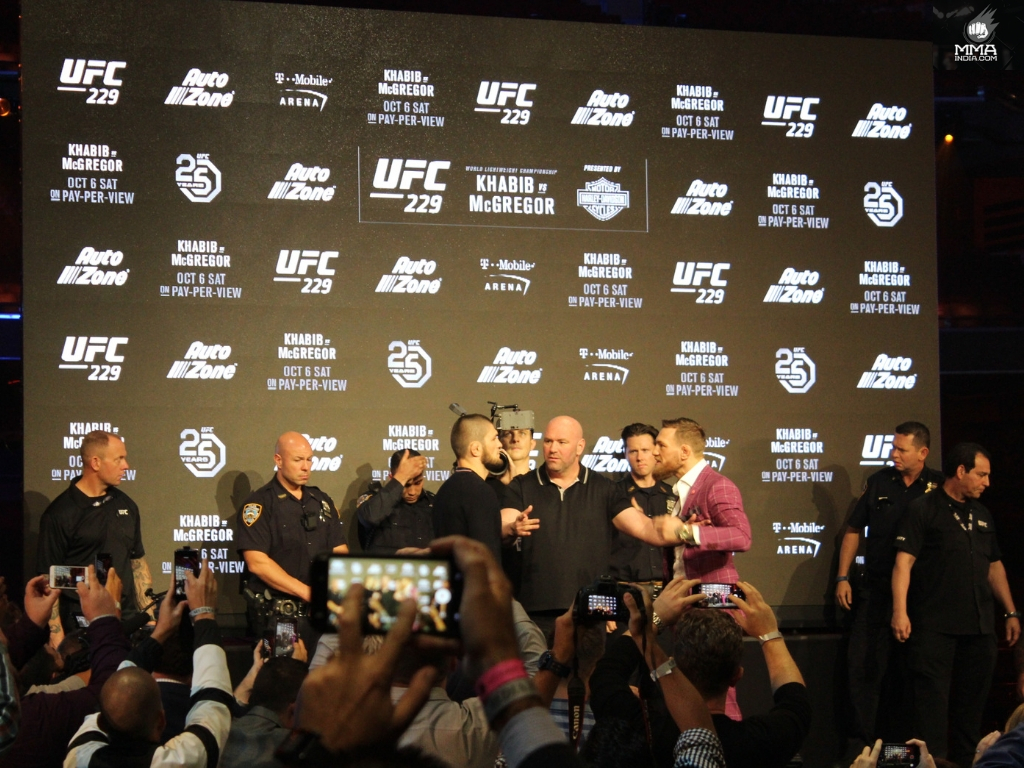 It goes without saying that the press conference for UFC 229 which featured Khabib Nurmagomedov and Conor McGregor was wild. Conor launched a series of verbal assault against Khabib, his father, Ramzan Kadyrov, who is the head of the Chechen Republic and a former member of the Chechen independence movement and widely considered by many as the dictator who recently made the headline for the persecution of gay man in Chechen Republic and last but not least he went ballistics on Khabib Nurmagomedov’s manager Ali Abdelaziz.

“Don’t come at the king!” McGregor added after taking a photo with his two UFC belts. It is alleged that he was part of that setup and he turned into an FBI informant.
UFC 229 takes place at the T-Mobile Arena in Las Vegas, Nevada on October 7.

Previous article
Conor McGregor signs new deal with UFC that makes him highest paid MMA fighter ever
Next article
Dana White’s reaction to the UFC 229 presser: “It was dark man!”