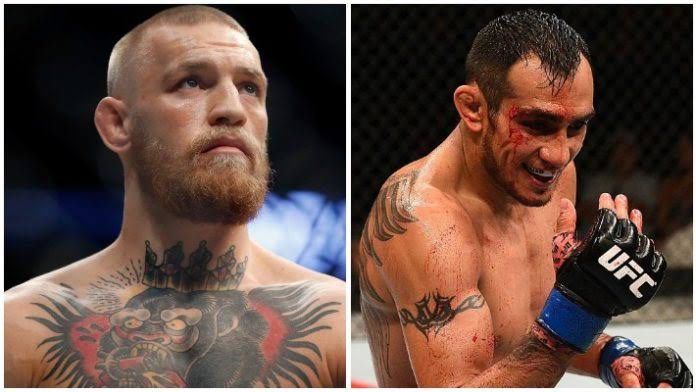 Tony Ferguson is a type of guy to make weight for a cancelled fight! As hilarious as it may sound, the gesture got the nod from Conor McGregor as well.

We would have had an electrifying card had things worked out. Ferguson was expected to take on Justin ‘The Highlight’ Gaethje for the interim title at UFC 249. However due to orders of some higher authorities, the card had to be cancelled. 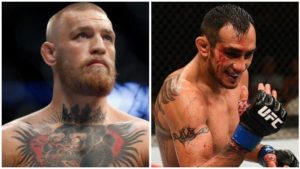 ‘El Cucuy’ though still decided to weigh-in despite the fight being cancelled. Just like an actual weigh-in, Ferguson stepped on the scale at 155.0 lbs on the money. Ferguson wanted to showcase his professionalism despite the circumstances around his card. The gesture was appreciated by arch rival Conor McGregor as well. McGregor left a  subtle troll for Khabib Nurmagomedov as well who pulled out due to travel restrictions.

“It just made sense, man,” Ferguson said to theScore. “It was just another reason to get ready, it gives some people something to talk about. There’s nothing going on in sports. I could either just roll out of bed, or I could actually do this for my team. [The fight] didn’t go down, but mentally, it made sense to me to make sure that I moved forward with my weight, with my word. So that way I knew I could do it again and again and again.”

Ferguson was originally slated to take on Nurmagomedov for the belt. The cursed fight however got cancelled for the fifth time. Nurmagomedov pulled out as travel ban got him stuck in Russia. Gaethje however stepped in on short notice to save the day. The card entire card looked promising however the UFC had to step down. Reportedly some higher authorities have orders for the card to be postponed indefinitely.

UFC are expected to return with the same main event on May 9. Therefore cutting weight once again in few weeks could give diminishing returns to Ferguson. However he believes having a weight cut already, will make the subsequent weight cut easy.