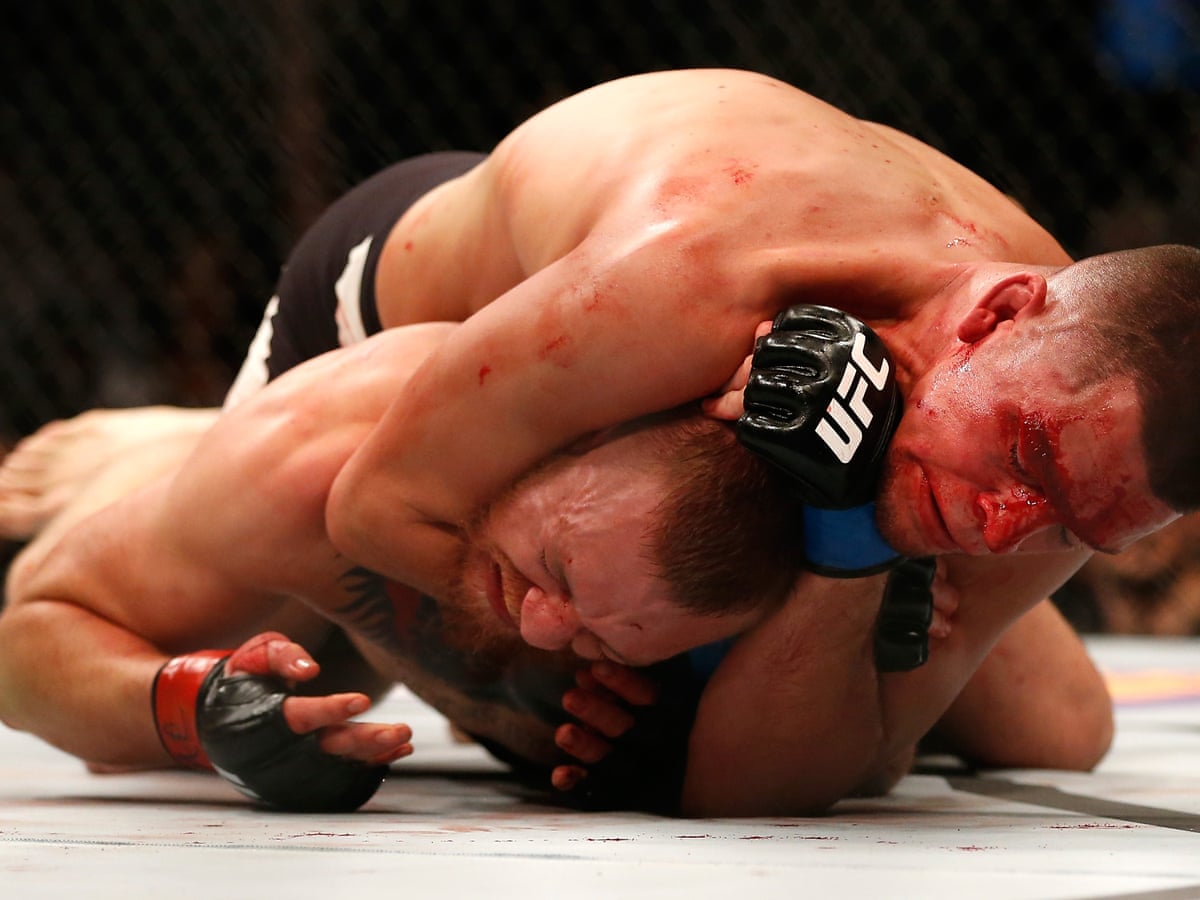 Conor McGregor says he could have won the first Nate Diaz fight at UFC 196 easily if he would have thrown more “Horribly Nasty” leg kicks.

The fight was going to be for the UFC lightweight championship but two weeks before the fight Dos Anjos had to pull out due to broken foot. UFC was looking for a quick replacement and who better than the Stockton gangster himself, Nate Diaz, who had already called out McGregor. So the UFC called Nate Diaz as a replacement and the fight was on.

McGregor won the first round decisively putting on a beating on Diaz, but tough as they come Diaz took those shots and the Irishmen was already fatigued. In the second round, Conor in an attempt to knock out Diaz emptied his gas tank and then Diaz was landing some good shots.

McGregor fully fatigued tried to take Diaz down but got scrambled on the ground and from there it was all Diaz. He went through McGregor like fire through bushes getting that rear-naked choke finishing McGregor in round two.

McGregor in his latest Instagram story mentioned that he deliberately didn’t use the oblique kick as he felt it was too nasty to throw that kick and he knew the fight could have been easily stopped as he could have snapped the leg of Diaz and would have won the fight.

Conor Mcgregor wrote “I actually chose not to follow through with this kick in this exact moment, The sensation felt horrible and I backed out of following through with it. The fight would have been stopped no doubt though. I had the angle on the leg and had it primed to snap. I bottled it but it felt too nasty. Even for me. Fast forward a few minutes later and I’m on the deck getting strangled. Mad game. I’m still not for making these kicks illegal tho. You’ve got to protect your angles and your footing and that’s it. Deal with it. They are horribly nasty kicks tho.”

Many people would like to debate this statement whether that leg kicks could have granted Conor McGregor the win or not. But there’s no doubt that oblique kicks are one the most dangerous kicks if used precisely. The question always arises whether or not the oblique kicks should be legal even though McGregor stated those are some nasty kicks but he feels it should be allowed to use in a fight.

It seems like McGregor is happily retired but you never know as he has tweeted several times that he’s retired but came back and fought. The trilogy with Nate Diaz is always an option for McGregor. He lost the first fight but came back and won the 2nd. The rematch with khabib is a matchup that’s always going to make Conor come back.

Till then McGregor is going to happily enjoy his retirement and keep making headlines in the MMA world his Notorious tweets and post.