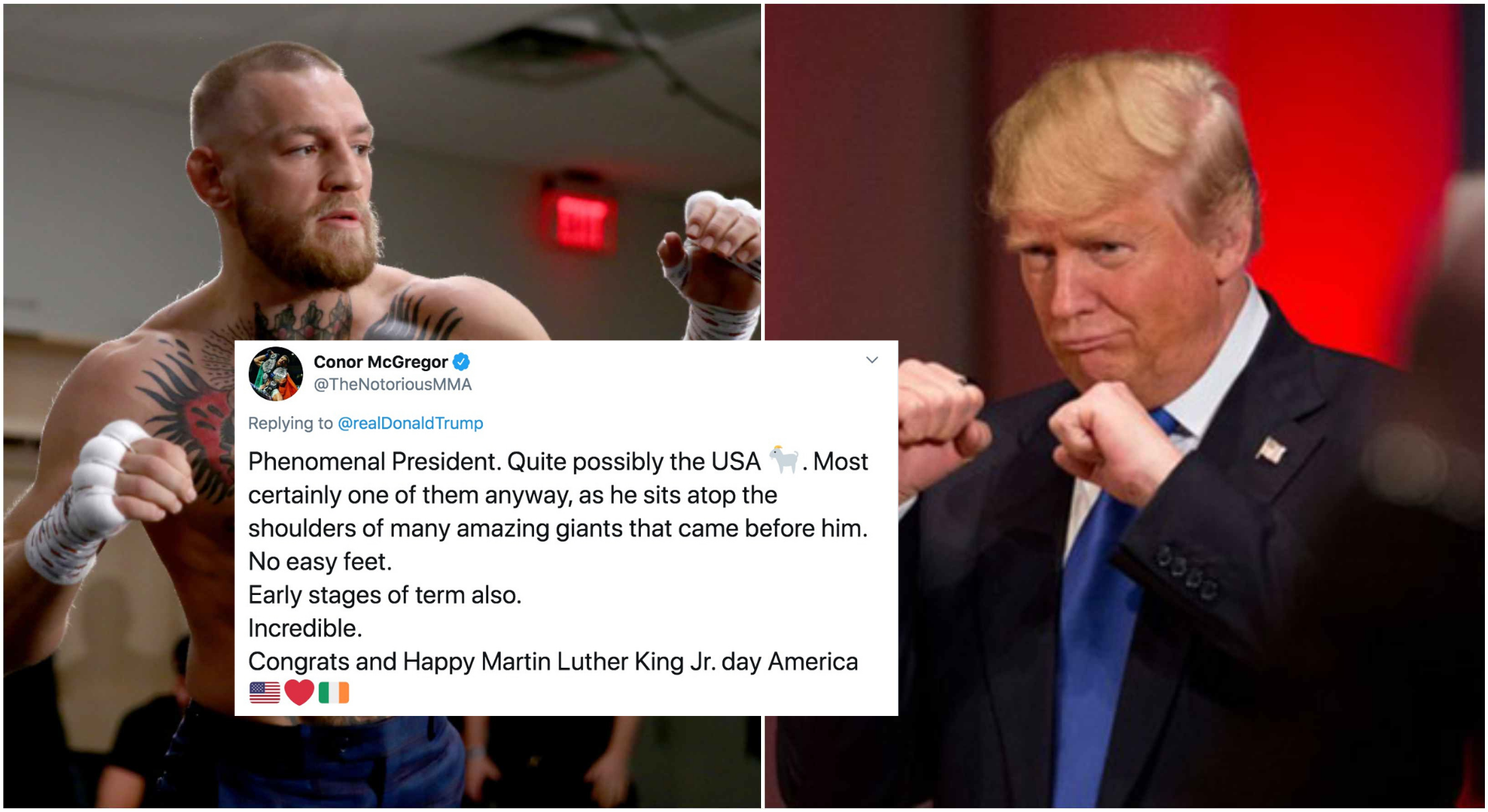 Conor McGregor has refereed to POTUS Donald Trump as the ‘USA GOAT’. He also called Trump a ‘Phenomenal President’

On the occasion of Martin Luther King Day, POTUS Donald Trump took to Twitter to announce a historic low employments rate amongst the African-American community. 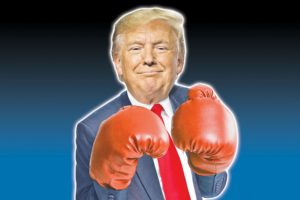 It was on the 20th of January in 2016 that Trump was sworn into the office as the 45th president of the United States of America. On the occasion of MLK day, he announced his achievements.

“It was exactly three years ago today, January 20, 2017, that I was sworn into office. So appropriate that today is also MLK jr DAY. African-American Unemployment is the LOWEST in the history of our country, by far. Also, best Poverty, Youth, and Employment numbers, ever. Great!” he wrote.

The former two-division UFC champion replied to the tweet stating that he was the best president of the United States.

Phenomenal President. Quite possibly the USA 🐐. Most certainly one of them anyway, as he sits atop the shoulders of many amazing giants that came before him. No easy feet.
Early stages of term also.
Incredible.
Congrats and Happy Martin Luther King Jr. day America 🇺🇸❤️🇮🇪

“Most certainly one of them anyway, as he sits atop the shoulders of many amazing giants that came before him. No easy feet.

Donald Trump was impeached on Dec 18, 2019, on charges of abuse of power and obstruction of Congress. Trump only became the third president in US history to get impeached.

His impeachment trails will begin tomorrow and since 2/3rd majority in the 100-seat Senate is essential to remove the POTUS from power. However, since there are only 47 Democrats in the Senate, it’s highly likely that he will come out unscathed from the trail.

Earlier today, President’s counsellor Kellyanne Conway told journalists in the White House briefing room that Donald Trump had agreed with Martin Luther King’s principle for a long time and that MLK would have disagreed with the impeachment trails.

“When you see the articles of impeachment that came out, I don’t think it was within Dr King’s vision to have Americans dragged through a process where the President is not going to be removed from office, is not being charged with bribery, extortion, high crimes or misdemeanours,” she said. “And I think that anybody who cares about ‘and justice for all’ — today or any day of the year — will appreciate the fact that the President now will have a full-throttle defence on the facts. And everybody should have that.” (H/T – CNN.com)

Meanwhile, Conor McGregor is coming off of a 40-second TKO victory over Donald Cerrone at UFC 246 last weekend.