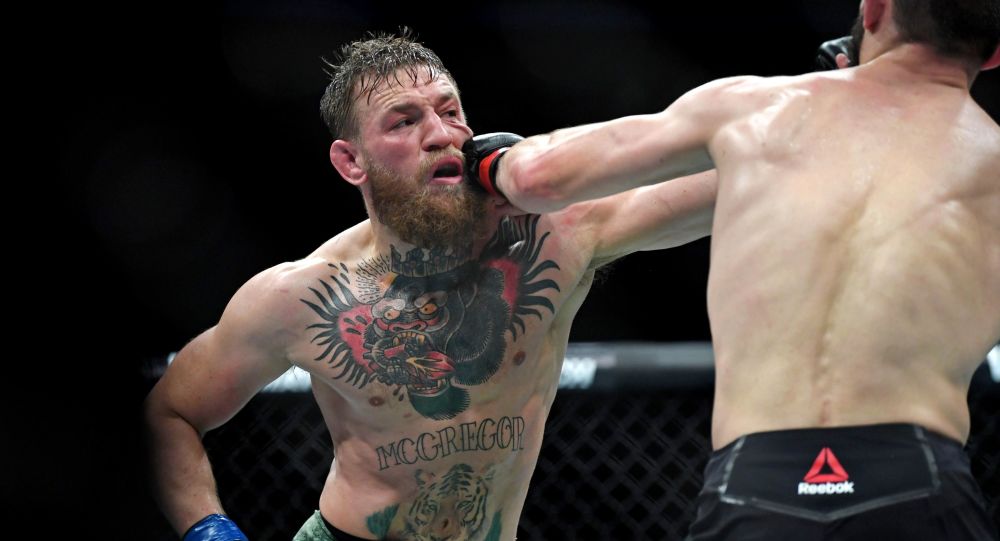 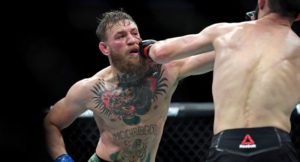 McGregor took to Instagram to post a lengthy round-by-round breakdown of the fight, that saw a massive post-fight brawl between the Irish and the Russian side, the consequences of which have still yet to be determined.

“Thoughts on my last fight.
Round 1. I believe from a sport standpoint, round 1 was his. Top position against the fence. Zero position advancement or damage inflicted. But top position.
From a fight standpoint the first round is mine.
Actual shots landed and a willingness to engage. Straight left early. Knee to the head on the low shot. Elbows in any and all tie up scenarios. Opponent just holding the legs against the fence for almost the entire round.
Round 2 he is running away around the cage before being blessed with a right hand that changed the course of the round, and the fight.
It was a nice shot.
After the shot I bounced back up to engage instantly, but again he dipped under to disengage. That is the sport and it was a smart move that led to a dominant round, so no issue. Well played.
If I stay switched on and give his stand up even a little more respect, that right hand never gets close and we are talking completely different now.
I gave his upright fighting no respect in preparation. No specific stand up spars whatsoever.
Attacking grapplers/wrestlers only.
That won’t happen again.
I also gave my attacking grappling no respect. To defense minded.
Lessons.
Listen to nobody but yourself on your skill set.
You are the master of your own universe.
I am the master of this.
I must take my own advice.
Round 3. After the worst round of my fighting career, I come back and win this round. Again walking forward, walking him down, and willing to engage.
Round 4. My recovery was not where it could have been here.
That is my fault.
Although winning the early exchanges in 4, he dips under again and I end up in a bad position with over 3 on the clock. I work to regain position and end up upright, with my back to the fence.
A stable position.
Here however, I made a critical error of abandoning my over hook at this crucial time, exposing the back, and I end up beaten fair and square.
What can I say?
It was a great fight and it was my pleasure.
I will be back with my confidence high.
Fully prepared.
If it is not the rematch right away, no problem.
I will face the next in line.
It’s all me always, anyway.
See you soon my fighting fans I love you all”

By the looks of the post, it feels like Conor McGregor is fully motivated to get back into the ring and perform like his old self and best to his ability, but will his best be good enough to beat Khabib?

The Nevada State Athletic Commission will meet on Oct. 24 to decide the punishment for McGregor and Nurmagomedov.

Previous articleUFC: Relive the fight a year ago when Josh Emmett set the UFC record for most number of knockdowns in a round
Next articleOscar De La Hoya, are you listening? Vitor Belfort hinting at another fight against Chuck Liddell