Conor McGregor has tasted blood, raises the stakes with the UFC 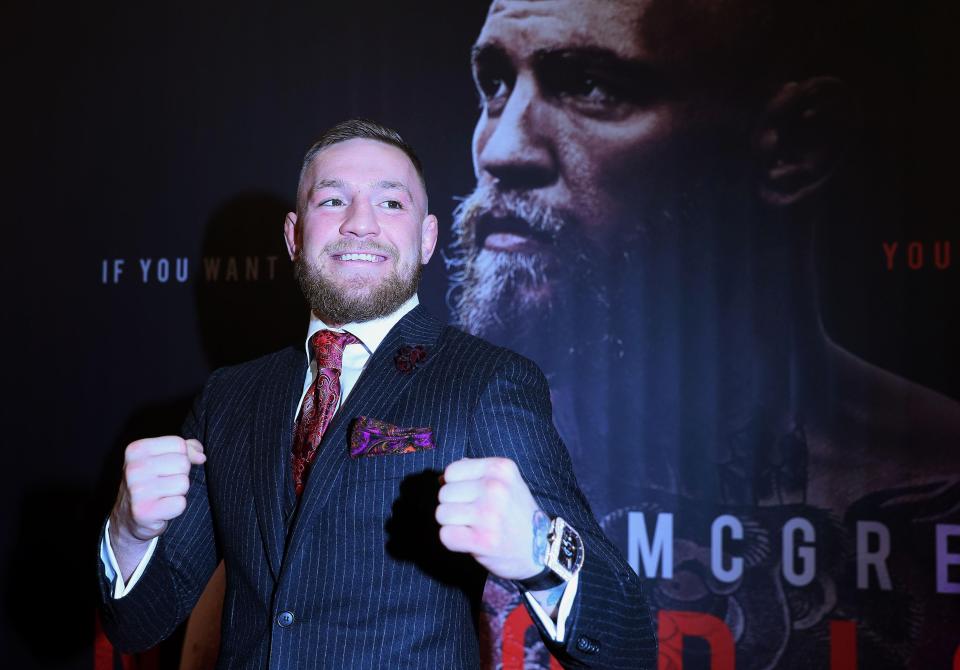 Conor McGregor was present for his own film’s premiere ‘Notorious’ (why wouldn’t he be).

Mr Chamatkar Sandhu, MMA journo of Indian descent, with MMA Junkie and USA Sports Today was present and we have taken the liberty of sharing his video from the premiere.

Pretty incredible scenes as Conor McGregor walks down the red carpet for the premiere of his own movie. (Via the @McGregorFilm IG story). pic.twitter.com/yrrPWQcWDu

Before entering the cinema, Conor spoke to some of the MMA journalists outside and he outlined that he was in negotiations with the UFC but that he would need to be a co promoter to be enticed into coming back and fighting for them. It seems the deal and money McGregor made from the Mayweather fight has whetted his appetite for a little bit(actually a lot) more from the UFC and he wants his company McGregor Promotions to be a co promoter for the fights before he makes a come back. As we know, McGregor and his team know how to play hardball and strike a good deal and the UFC is predisposed to keeping him happy which makes good business sense for everyone, so we may just see a new deal on the table soon and McGregor’s logo on the mat.

And more footage from inside the cinema hall courtesy Fight Source.