Conor McGregor in trouble with the law again! Banned from driving for 6 months! 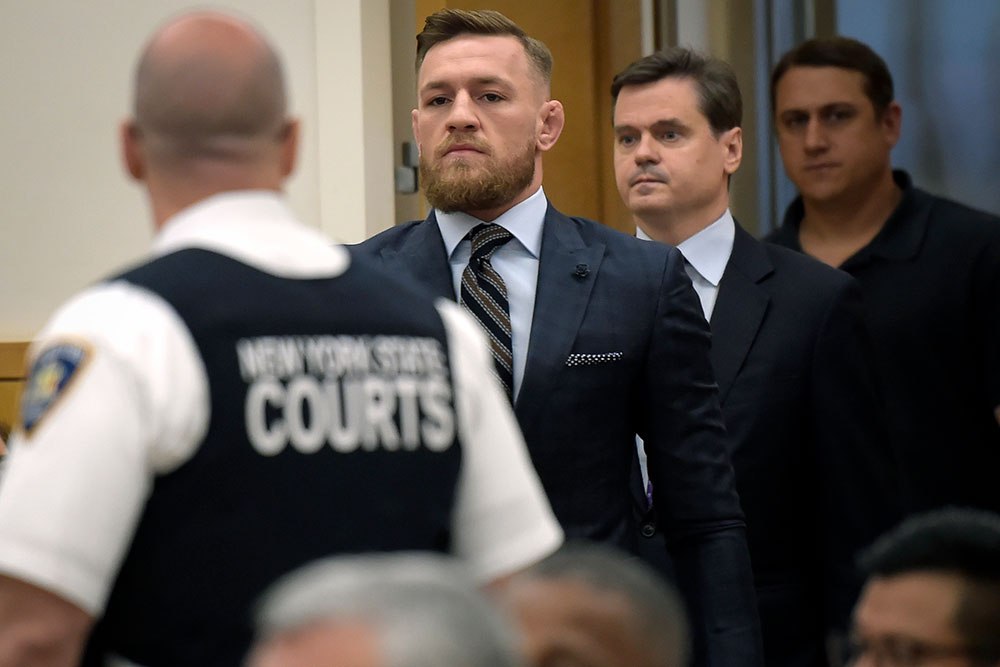 Conor McGregor and Law are polar opposites. He has been in trouble with the law on multiple occasions. Earlier this year he was arrested for disorderly conduct and was instructed to perform five days of community service to resolve charges for the bus attack incident inside the Barclays Center in which he was caught on camera hurling a hand truck at a bus full of fighters with his main target being Khabib Nurmagomedov.

Now there are reports incoming from Daily Mail that Conor McGregor has been banned from driving for six months in his native country of Ireland. The reason being, he was caught driving at 95mph in 60mph zone. McGregor already has had 12 previous convictions for road traffic matters. 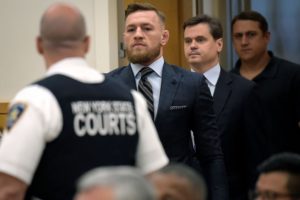 He was seen arriving at Naas district court in Co Kildare, just west of Dublin, earlier today where the judge Desmond Zaidan ruled that he should be banned from driving. He was also fined €1000 and apologised for his actions in front of the court. The courtroom was packed with his fans and supporters.

He was last seen inside the Octagon last month against Khabib Nurmagomedov in UFC 229 at the T-Mobile Arena in Las Vegas. He lost the fight via fourth-round submission.