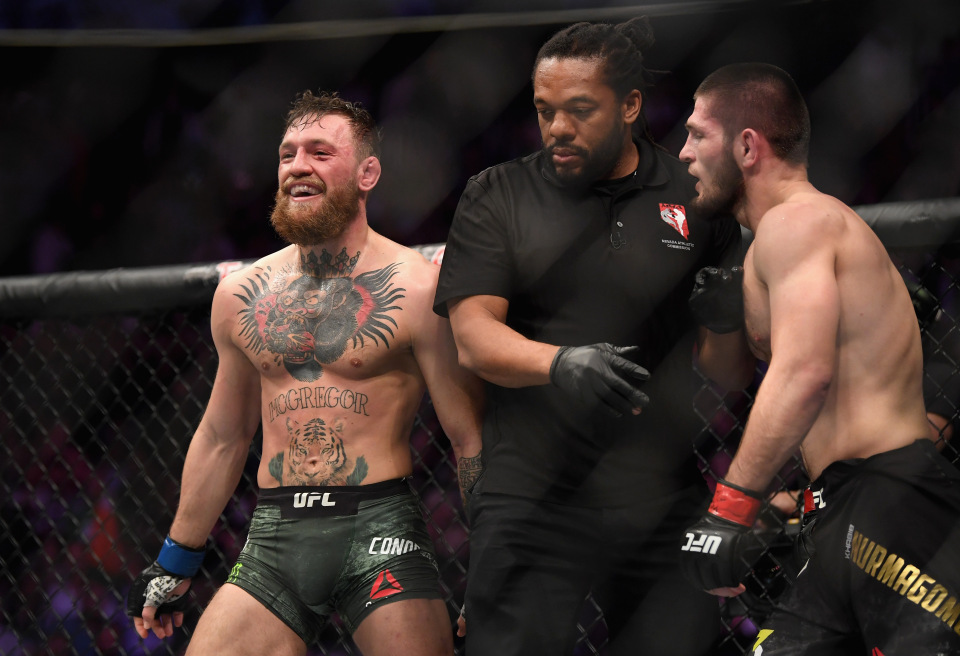 Former two-division UFC champion Conor McGregor has said in an interview with Ariel Helwani of ESPN that current UFC lightweight champion Khabib Nurmagomedov is scared of him.

Khabib Nurmagomedov and Conor McGregor’s rivalry goes back since before they fought at UFC 229 in 2018. The pair fought at the T-Mobile Arena in Las Vegas and in that fight, the Dagestani star defeated the Irishman in the fourth round via rear-naked choke submission.

Since then there have always been talks about a potential rematch between the pairs and although Dana White has been campaigning for the rematch, Khabib Nurmagomedov hasn’t shown any interest in the rematch. 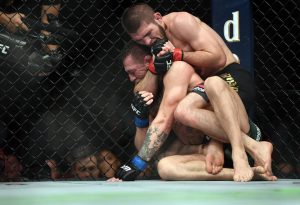 Even Conor McGregor on numerous occasion has said that the rematch would be much different than their first fight. Since then Khabib Nurmagomedov has retired from the sport following his submission win over Justin Gaethje at UFC 254.

He told Ariel Helwani the reason behind Khabib’s retirement. He stated that the Russian was afraid to fight him the second time.

“I think he’s afraid to fight me,” McGregor claimed. “That’s for damn sure. You know, and I don’t blame him. I know everything, I fought the best of him on that night (UFC 229), he fought the worst of me on that night; he knows it, I know it, his team knows it. I have the answer to destroy that man.

“So, you know, he can pull the wool over people’s eyes for only so long. So, you know, it is what it is. I know there’s surrounding things regarding the family and that. You know, if he’s retired, that’s it. I wish him well. It is what it is. But I am who I am, and I am at the top, you know. So, time will show.”

This Sunday. One-on-one with @TheNotoriousMMA. pic.twitter.com/Bgdnq1oc47

“Ah, yes. I would say so. I think his hand was shown. He’s not a true fighter, in my opinion, you know. How could you walk away? There’s so many great fights to be had, you know what I mean? Like think of the Diazs, the Fergusons, you know. There’s so many wild fights; the Oliveiras, the rematch against me.

“I think it’s just preposterous to walk away. I think he just… Not only did he sh** on the bus, I think he pi**ed on the chips also. I think he showed his hand. But then at the same time, you know, there is family issues. And, you know, it is what it is. So, all the best.”

Conor McGregor is set to fight Dustin Poirier at UFC 257 on Jan 24.