Conor McGregor looking buff ahead of UFC 246 bout with Cowboy 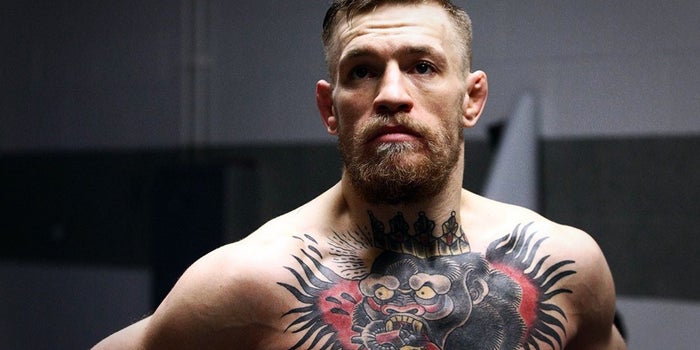 Conor McGregor will be kicking off the new decade of UFC with his return. This will only be the third time that he will enter the Octagon as a welterweight.

When McGregor came to the UFC he was a featherweight. Most of his fans have a vivid memory of him in a skinny frame in an attempt to make weight. However, with a move to 170 pounds we have been treated to a new version of him.

With very less time remaining in his comeback, Conor is now nearing the shape that he expects to enter the Octagon in. In a picture that he shared on Instagram,he looked jacked up and ready to go to war.

The fight is also a clash of strategies. The fighters on both ends of the cage have contrasting duration of their previous fight entering into this one. McGregor has had only four fights in the previous four years, three of which took place in 2016 and the last one in 2018. His opponent, Donald Cerrone, has had the same number of fights in the year 2019 itself.

McGregor’s last fight ended in a bitter loss against the hands of the current lightweight champ, Khabib Nurmagomedov. Since then he has stepped away from fighting for a while. And when he did decide to return, he shocked everyone by scheduling the fight at welterweight. The Irishman has had only two fights at 170 pounds, one of them ending in a win and the other one in a loss. He has later clarified that he wishes to make weight as a lightweight just in case he needs to step up as a replacement for Khabib vs Tony scheduled on Apr. 18th.

Donald Cerrone is also coming off back-to-back losses against Tony Ferguson and Justin Gaethje. But living up to his personality, the “Cowboy” has taken on the toughest fight that he could have wished for. A win for him can bring him a lot of mainstream attention. It can also propel his number of wins in the UFC, which is already the most in UFC history, to an even greater number.

Previous articleMatrix Fight Night 4 announced for 7th Feb in Dubai!
Next articleFrankie Edgar credits Korean Zombie for catching him with a ‘good shot’