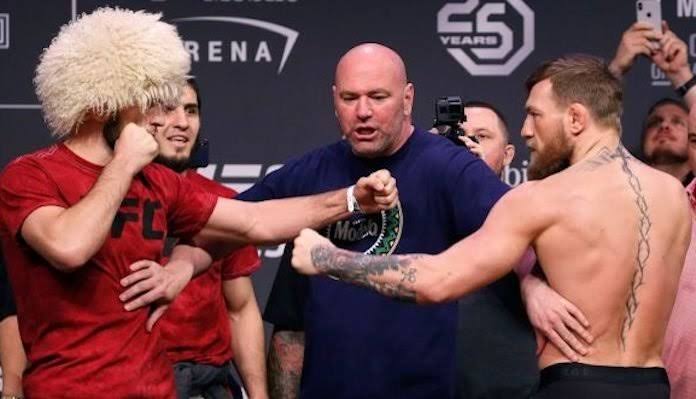 The factor which makes the fight interesting is not only McGregor’s comeback after a hiatus but also him fighting at welterweight, which changes the entire dynamic of the fight. 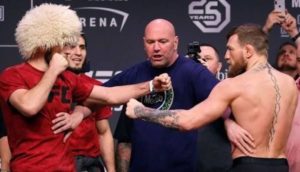 The welterweight division opens up more options for McGregor however he still has his eye on his arch rival. A rematch against UFC lightweight champ Khabib Nurmagomedov. While training for Cowboy, McGregor took to Instagram for a short story with the caption, “Little scurrying rat I’m coming”. (via Instagram):

McGregor has previously used this term during the build up of his UFC 229 bout against Khabib. This definitely indicates that McGregor is gunning for Nurmagomedov. McGregor reportedly revealed his three-step plan for 2020 to renowned MMA reporter Ariel Helwani. The plan definitely includes Nurmagomedov.

“He wants to prove to everyone that thinks he’s shot that they are wrong. He wants to fight January 18th – in fact, he wanted to fight in December but the UFC didn’t give him that opportunity,” Helwani said. “So he wanted to fight at the beginning of the year, then he wants to return towards spring/summer, maybe fight Jorge Masvidal or Nathan Diaz – perhaps that’s why this fight is happening at 170, to prove that he can hang with the welterweights. Then he wants to fight at the end of the year against Khabib Nurmagomedov, if he is still the champion, in Moscow.”

UFC President Dana White also claimed that he might look to setup the rematch provided McGregor gets past through Cowboy and Nurmagomedov gets through Ferguson in their UFC 249 bout.

McGregor is looking for a rematch preferably in Nurmagomedov’s hometown of Moscow. McGregor stepping into MMA territory would definitely call for a huge event.