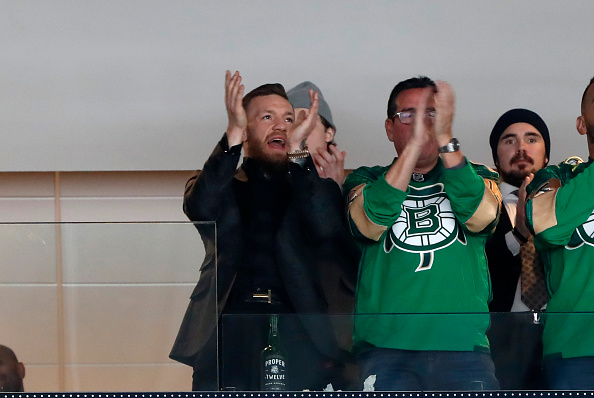 The name ‘Notorious’ has described Conor McGregor perfectly for the past year, but on many occasions, for all the wrong reasons. However, he has something to be thankful for now, as he has formally wrapped up the criminal case that was pending against him in New York.

One part of the trials facing Conor McGregor for his infamous Dolly Attack last year, where he broke the glass of a bus injuring two fighters, is over. Bruce Maffeo, Conor McGregor’s lawyer, provided sufficient evidence that McGregor had properly completed the terms of his plea agreement during a conference in Kings County Supreme Court in Brooklyn. There are no more court dates for McGregor in New York.

He had pled guilty to the charges and had avoided jail time back in July. The pending case against him in Miami was not brought up.

His pending case in Miami might put him in trouble as it had a condition attached that he stay out of trouble for one year. His recent case where he broke a fan’s phone might cause a few issues. This violation might get him handed a 15-year sentence in jail unless he is able to fend off the charges somehow. On top of that, he is also under investigation for sexual assault.

McGregor’s attorneys will be pushing for reduced charges so as to not hamper McGregor’s career.

However, this is one thing that Conor McGregor no longer needs to worry about.