The days are numbered for UFC lightweight champion Conor McGregor’s title reign. There have long been a lot of question marks on McGregor’s MMA future and his return to the octagon has always been surrounded by a lot of uncertainty. However, he still has been widely active on social media. While most of his recent social media activity has been verbal barbs and banter against his rivals such as Khabib Nurmagomedov, Max Holloway and Tony Ferguson, he has also had his fair share of nice and respectful moments on social media. In a recent show of respect, McGregor responded to the news of Arnold Schwarzenegger recovering from a heart surgery. 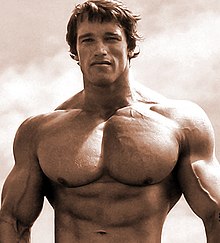 Schwarzenegger is considered to be an international legend, he won the title of Mr. Universe at the age of 20, and then went on to win the famous Mr. Olympia contest seven times. He later transitioned to have a highly successful Hollywood and political career.

The news about Arnold successfully recovering from a heart surgery was initially broken out by The MacLife. “Mystic Mac” later responded to the news and claimed that Schwarzenegger is an inspiration and a true legend.He also said that it is good to see the former bodybuilder in good health. Here’s what he tweeted:

What an inspiration and true legend you are Arnold @Schwarzenegger!
It is great to hear you are back in good health my friend ❤ https://t.co/mc5fxytZaC