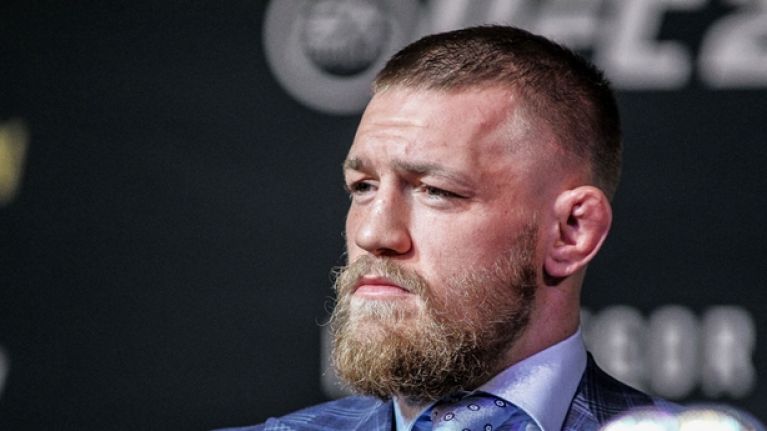 The biggest fight in the history of UFC between Conor McGregor and Khabib Nurmagomedov is less than a week away and is scheduled to take place at the T-Mobile Arena in Las Vegas, Nevada.

Although the fight is just a week away, UFC Lightweight champion Khabib Nurmagomedov has a notorious history of missing weight, even though he has perfectly made weight in his last two fight, there’s still a little worry from fans and even Conor McGregor’s team.

However, McGregor has said that he has no issues with fighting a replacement opponent, if Khabib pulls out of the fight.

“I’ve already been mapping out what I want to do next,” McGregor told The Mac Life in a recent interview.

“I know Pettis and Ferguson is in the co-main. Originally, about a month or two ago when that fight got announced for the co-main, I was like, ‘Man, if Khabib bottles this fight, like he has bottled many fights before…if he bottles this one I don’t think…you know…f*ck those other two’. No disrespect to those other two…I don’t think I give a f*ck about those other two to step in and [fight]. I think I probably would have just disappeared back into the shadows and got that man [Nurmagomedov] somewhere else outside of here.”

“Now that I’m here, I’m back and I’m close, if he didn’t show up. I think I would take a fight against either of those,” McGregor said.

Conor McGregor is also interested in a potential fight against Georges St-Pierre.

“I’m already mapping out what’s happening next in my head. I know Dustin and Nate [are] competing. I know the 170-pound belt has also just been defended and I know Tyron [Woodley], the current welterweight champion, is itching for that one — like they all f*cking are. I know Georges is test cutting to 155. I know everyone is around looking for it. I’m here, let’s see what happens next.”

Previous articleTullamore Dew vs. Proper 12 vs. Jameson: Which Irish whiskey tastes the best?
Next articleLyoto Machida responds to Mousasi’s call out