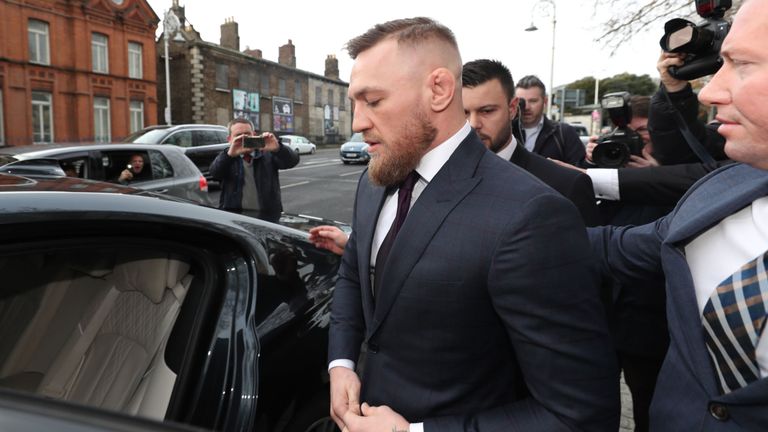 Conor McGregor has successfully closed the chapter on his legal matters in Miami.

According to the Associated Press, all charges against Conor McGregor were dropped by the prosecutors in Miami related to the March 11 incident where, outside of a Miami hotel, the popular UFC fighter and ex-double champion apparently slapped the phone out of a victim’s hand and proceeded to stomp on it and according to the victim, also stole it. Ahmed Abdirzak, the so-called victim, is apparently not cooperating with authorities anymore and recanted his statement.

According to the Miami Herald, McGregor and Abdirzak reached a settlement which happened out-of-court, as reported by the Miami Herald. Originally, the charges against Mcgregor were strong-armed robbery and criminal mischief after he was arrested in Miami Beach on March 11th in the evening. Charges were dropped after both Abdirzak and McGregor were absent for a hearing on Monday.

“The victim of the crime does not wish to return to the United States and prosecute this case,” said Prosecutor Khalil Madani.

Attorney of McGregor, Samuel Rabin agreed, saying, “I think this was the appropriate resolution of this case.”

It is interesting to note that the fighter, Conor McGregor, initially pleaded not guilty to the charges. What do you think of this situation?