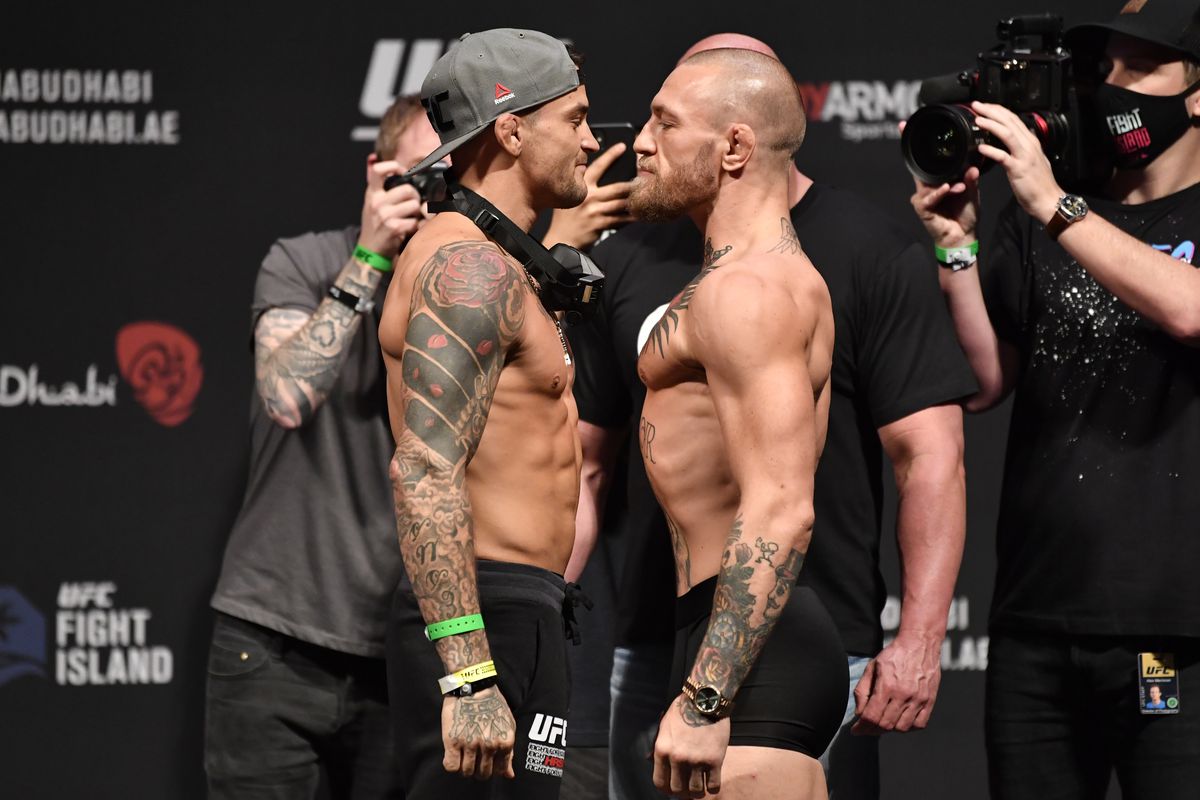 Former two-division champ Conor Mcgregor is having a back and forth Twitter rivalry with his opponent Dustin Poirier ahead of their fight at UFC 264 on July 10.

Conor McGregor is motivated and looking for vengeance as the former two-division champion announced on Saturday that he’s completed his side of the negotiations to face Dustin Poirier at UFC 264 on July 10. Both sides had previously agreed to the fight and the date so it was just a matter of time when both sides will heat their rivalry which is 1-1 at this moment.

McGregor announced the fight as a done deal just 24 hours after Poirier signed his contract for the highly anticipated trilogy. 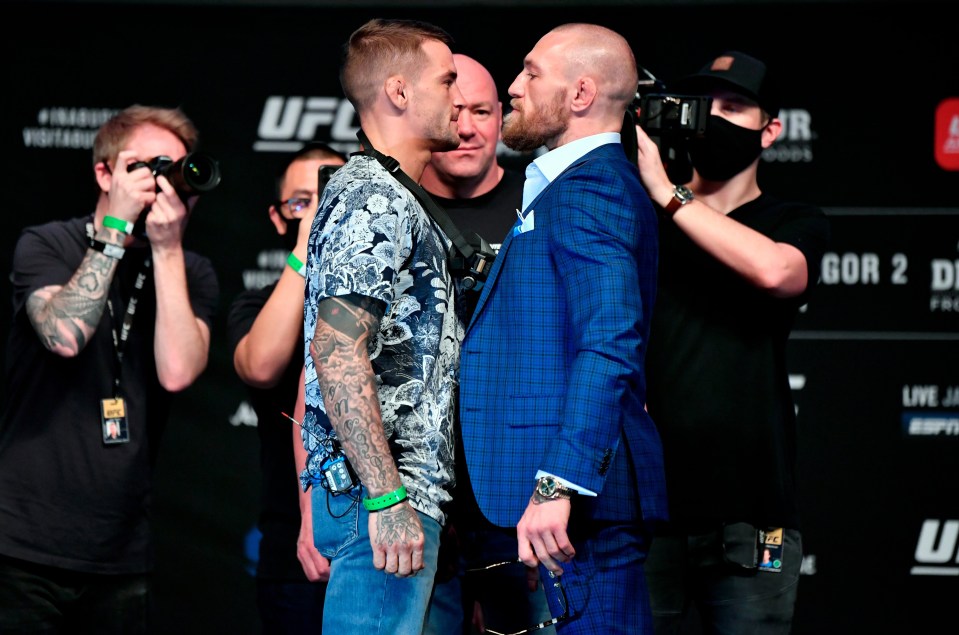 The lightweights last met in January when Poirier became the first fighter in history to finish Conor by strikes. The former interim lightweight champion was able to employ a series of nasty calf kicks throughout the fight that left McGregor with a damaged leg before the knockout blow delivered in the second round.

Now McGregor is determined to exact his revenge and he requested this third fight similar to his previous rivalry with Nate Diaz where the Irish superstar lost in their first meeting but then returned with a victory in the rematch five months later. McGregor holds a win over Poirier from 2014 when they first met as featherweights in the UFC.

Now, this third fight will be once it for all, as McGregor and Poirier clash on July 10 in another massive event that will likely serve as one of the biggest UFC cards of the year.

Mcgregor and Poirier are ready for their third fight 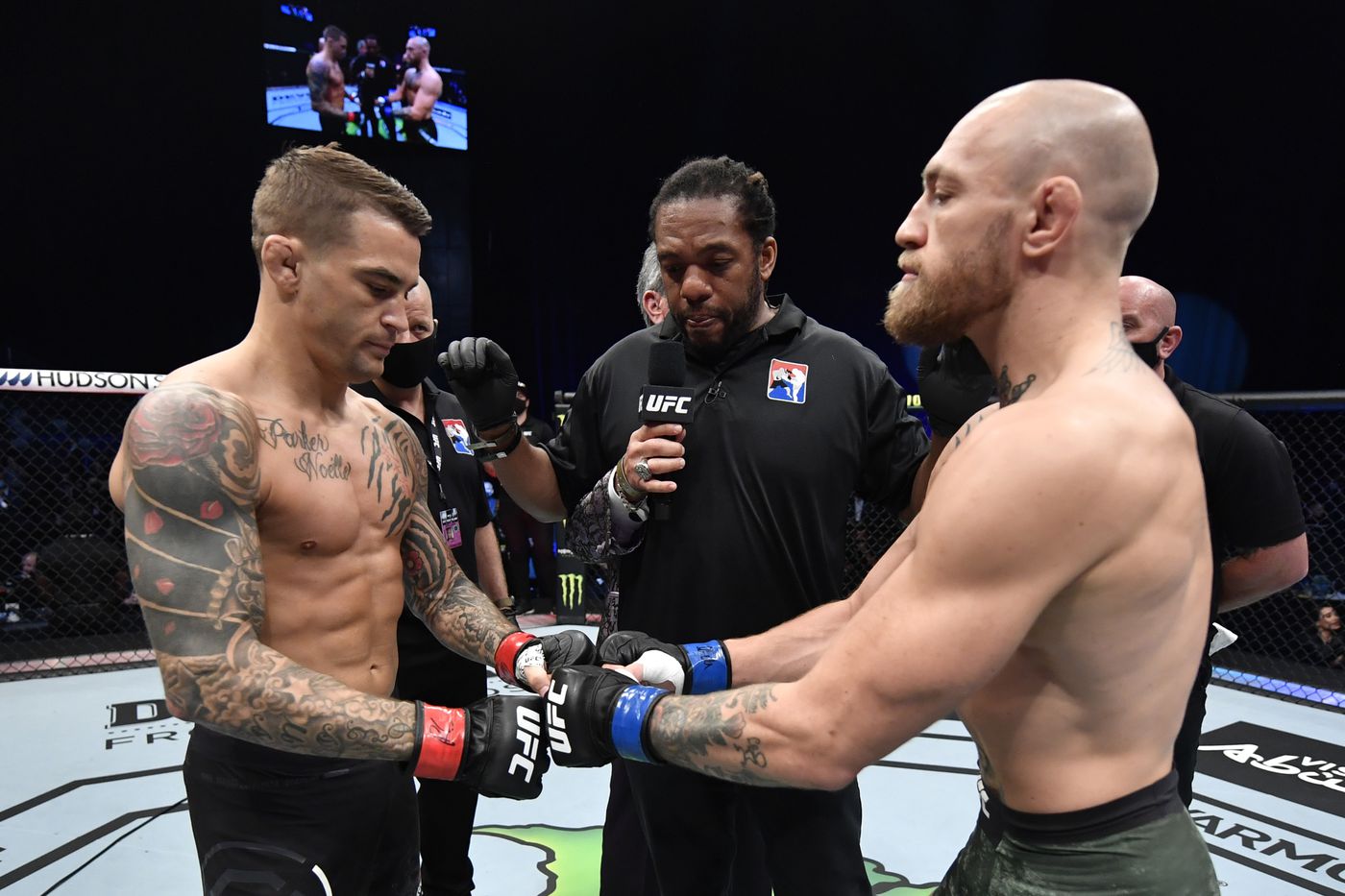 On Tuesday, McGregor (22-5 MMA, 10-3 UFC) proclaimed as much in a brief back-and-forth exchange with Poirier (27-6 MMA, 20-6 UFC) on Twitter. The online spat was initiated when Poirier told McGregor he’ll meet him in the center of the cage on July 10.

I never slack, I'll meet you in the middle of the octagon July 10th. https://t.co/cI9VqdtNhW

“I never slack, I’ll meet you in the middle of the octagon July 10th,” Poirier wrote when he quoted a Conor’s tweet about the Irishman’s work ethic.

In response, Conor quoted Poirier’s tweet and challenged “The Diamond” to do just that: meet him in the middle. Whether he strikes or shoots in the opening exchange will be up to Poirier, but he voiced confidence in whatever decision Poirier makes.

Good to hear Dustin, I hope so. As last time you backed up and shot inside the first 30 seconds. I’ll be in the middle from the very go if you want it. You know that. I’ll be ready for the tactics this time too tho.
See you in there. https://t.co/RMiwF1rpGD

“Good to hear Dustin, I hope so,” he wrote. “As last time you backed up and shot inside the first 30 seconds. I’ll be in the middle from the very go if you want it. You know that. I’ll be ready for the tactics this time too tho. See you in there.”

Poirier rides a two-fight winning streak into the matchup with one of the victories being a second-round knockout of Conor this past January at UFC 257.

As for Conor, he’s lost three of his most recent six fights and has only fought three times in MMA since November 2016. He defeated Poirier by the first-round knockout when the pair first met at UFC 178 in September 2014.

UFC 264 takes place July 10 at a yet-to-be-announced location and venue. The main card is expected to stream on ESPN+ pay-per-view after prelims on ESPN/ESPN+.