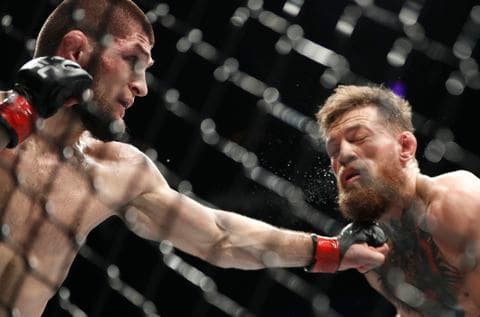 Khabib may have truly outclassed his opponent in UFC 229, but “The Notorious” isn’t the kind of person who would go into shell after a devastating loss like that.

Despite all the malice that spread over the T-Mobile Arena by Khabib and his teammates, Conor is still having his head wrapped around the fight. Immediately after the match was over Conor sent out a tweet demanding a rematch.

However given what followed the tapout by Mcgregor, courtesy of a rear naked choke by Khabib, is bound to have repercussions in the long run for Khabib. This is because the Nevada State Athletic Commission is involved in the legal procedures and is handling the matters personally.

However, despite what was expected from the Brooklyn bus incident, Conor marched out virtually unaffected, a similar analogy could be forged to the current situation as well.

Irrespective of the shenanigans at UFC 229, it goes without saying that if Conor plans on fighting Khabib again he has to improve by leaps and bounds to give the Dagestani a run for his money.

Previous articleKhabib Nurmagomedov post fight presser: ‘Putin called to congratulate me, but my father going to smash me’
Next articleUFC: Twitter reacts to post fight brawl at UFC 229